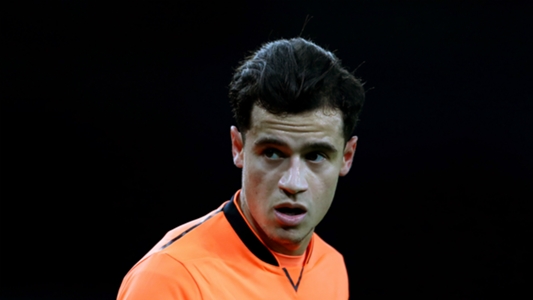 Philippe Coutinho has the characteristics to be a success at Barcelona if he moves to the club from Liverpool, according to fellow Brazilian Rivaldo.

Barca are reported to be preparing a fresh bid worth an initial €110 million for Coutinho, having failed with a number of offers for the midfielder in August.

Ernesto Valverde indicated on Wednesday he was unsure whether the club would move for Coutinho again, the player having been featured on leaked promotional material from Nike this week to spark fresh intrigue.

Barca icon Rivaldo, who won a brace of league titles in his five-year spell at Camp Nou, has backed Coutinho for a switch to the Catalan giants.

“Coutinho is a very good player and if he ends up signing for Barcelona, he will succeed easily,” Rivaldo told Marca.

“I think he has the characteristics that a footballer needs to succeed in Barcelona.

“The style of play will suit him and fans will give him time to adapt, I think he will succeed.”

Coutinho has been targeted as a potential replacement for Neymar, who left Barcelona in a world-record switch to Paris Saint-Germain in the last transfer window.

And Rivaldo, who won the Ballon d’Or in 1999, believes chasing that individual honour was a key reason behind Neymar’s desire to depart the La Liga leaders.

“It was a difficult moment, it made the team pessimistic,” Rivaldo said of the €222m deal. “Neymar went, principally, because they made him a very good offer.

“Playing in Barcelona, he was in the shadow of [Lionel] Messi and although he was doing very well, Messi is Messi and he has many years left in him.

“I think Neymar left here to try to see if he is the best in the world. If he wants to be it, he will have to knock Cristiano Ronaldo out of the Champions League in the knockout stages in February.”

As well as Coutinho, Barcelona have been linked with another Brazilian midfielder, Arthur, who has a €50m release clause in his Gremio contract.

“I can’t speak about him much because he’s not a player I know a lot about,” added Rivaldo. “I know that he’s a good player with quality, but I don’t know what he would add to Barcelona.”