?There’s a general election on the horizon. Liverpool might actually win the Premier League. One of the most underrated forwards ever is about to retire. We live in changing times, and not all of it is for the better.

While the first two points have been debated beyond tedium, though, nowhere near enough has been made of the situation we have on our hands with David Villa.

So, with the energy of ?Neymar on the receiving end of an innocuous challenge, let’s make an absolute meal of it, and recount the Spanish legend’s greatest hits.

Scoring Four Goals Against Sevilla in 2004 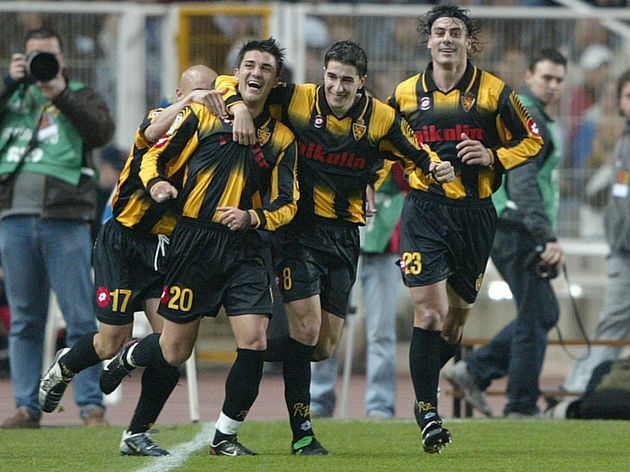 Trying to find some sort of YouTube record of this for visual reference has proved trying, but rest assured, it did actually happen.

At this junction in his career, a 23-year-old Villa was beginning to really make a name for himself, having spent a couple of increasingly fruitful seasons at Sporting Gijón prior to signing for Real Zaragoza.

He’d net a stellar 21 goals in 46 appearances in his debut season for the Aragon-based side, then mid-table in ?La Liga, with four of those remarkably coming in one unplayable display against Sevilla. Unfortunately his side’s defence weren’t quite up to snuff; despite Villa dragging them back from the dead to give them a 4-2 lead, they ended up drawing 4-4. There’s no doubt Villa will be best-remembered for the headline achievements that come later in the list, but the early part of his career had more than its fair share of highlights – as evidenced by the painfully low-quality footage of him ?lobbing Deportivo keeper José Francisco Molina from near-enough the halfway line.

The goal came midway through the first half, and was the only notable incident in an otherwise routine win for Valencia. Fortunately enough, then, it was more than worth the admission on its own. 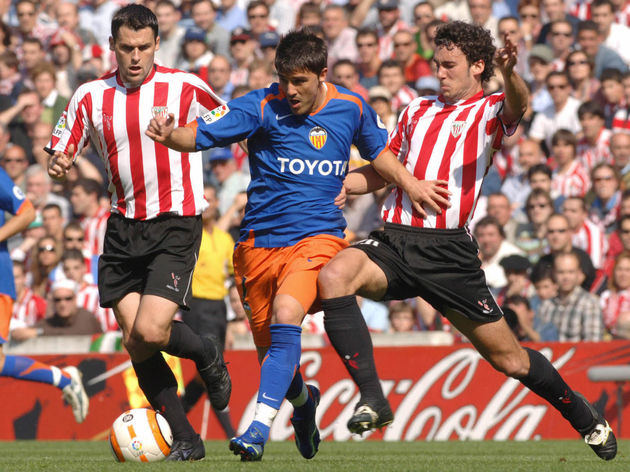 The 2005/06 season ended in underwhelming fashion for Valencia, dropping points in each of their last three to lose out to Real Madrid in the race for second place.

There’s one player who can take very little blame for that plight, however; the man who scored seven goals in six games to see the season out, and the man on whom this entire list is predicated.

In amongst that mad goalscoring streak was a rapid five-minute hat-trick that started in the 80th minute and concluded in the 85th, to secure a 3-0 victory over Athletic Club. By 2008, Villa was hitting the peak of his powers, and had taken over the mantle of his country’s talisman from the immortal Raúl – with more than a little help from an emerging Fernando Torres.

He rattled in six goals in qualifying, and as Spain went on to establish themselves as the country to beat over the next four years, the Euro 2008 finals saw him add a further six to his burgeoning international tally.

That’s despite him picking up a thigh-injury in the semi-final win over Russia and subsequently missing the final, in which Spain beat Germany thanks to a solitary strike from Torres. Ok, so silver isn’t quite as good, but it’s fair to say Villa built on the reputation he’d crafted out for himself two years earlier, as his five goals helped carry his side – who managed just eight throughout the entire tournament – to a first ever World Cup trophy.

Netting against Honduras, Chile, Portugal and Paraguay, he finished on the same goals tally as Thomas Switching back to club duties for a beat, his trophy-laden tenure with ?Barcelona has been done a disservice so far, so let’s ramp up to the climax with a trip down memory lane to the 2011 Champions League final.

Remembered as one of the games that defined Pep Guardiola’s ?Manchester United The Euro 2012 qualifying campaign would prove to ultimately be Villa’s last triumph as a Spain player, going on to miss the finals with injury, while the 2014 World Cup would prove to be a disaster for more reasons than one.

Still, it was quite the memorable campaign, 2012. He’d overtake Raúl to become his country’s all-time top scorer, and netting in a 3-1 win over Scotland, would also becoming the first and only Spaniard to date to surpass 50 goals.