In a bumper week for goals, the stars of wins for Chelsea, Manchester City and Liverpool take their place in our composite team from the most recent round of matches

While closest challengers Manchester City and Southampton racked up the goals, Chelsea were able to solidify their spot at the top of the Premier League table with victory over Crystal Palace.

In a weekend in which 40 goals were scored, Jose Mourinho’s side hung on for a 2-1 win at Selhurst Park as they coped admirably without Diego Costa, while Manuel Pellegrini’s men beat Tottenham 4-1 and Ronald Koeman’s charges thrashed Sunderland 8-0.

But with so many thrilling attacking showings, as well as the odd fine defensive performance, who makes it into our line-up?

Starting in goal, Joe Hart (4.5) continued his fine form between the sticks as he pulled off three world-class saves, including one to deny Roberto Soldado from the penalty spot, at the Etihad Stadium.

In front of him sits a back four, with Southampton’s Nathaniel Clyne (4.5) able to build on his first senior England call-up with a fine showing as he got forward with regularity and caused opposing full-back Patrick van Aanholt many problems.

Before hobbling off with an injury late on, Michael Dawson (4) put in a superb showing up against Danny Welbeck as he made a number of recovery tackles, while Phil Jagielka (3.5) made it three goals in five appearances for club and country with the opener against Aston Villa.

Jagielka’s Everton team-mate, Leighton Baines (4), took his assist tally to five for the season at Goodison Park and, having only created four goals last term, he is certainly showing signs of being back to his best.

Despite only coming off the bench for the final 24 minutes, Philippe Coutinho (4) added some real impetus to Liverpool’s play in the capital as his direct running caused a whole host of problems – no more so than ith his 90th-minute goal.

Cheslea’s midfield pair of Oscar (4.5) and Cesc Fabregas (4) form the engine room, with the duo both getting on the scoresheet against Neil Warnock’s side. Despite his fine start to the season, this was Fabregas’s first goal after providing seven assists in as many matches.

Dusan Tadic (5) became only the sixth player to assist four goals in a Premier League match as he also got on the scoresheet at St Mary’s Stadium, with Graziano Pelle (5) able to take advantage with two goals of his own as he took his own tally to six for the season.

The Italy international is partnered by Sergio Aguero (4.5) up front as the he joined Diego Costa on nine goals and in turn became Manchester City’s record Premier League goalscorer with four strikes against Spurs. 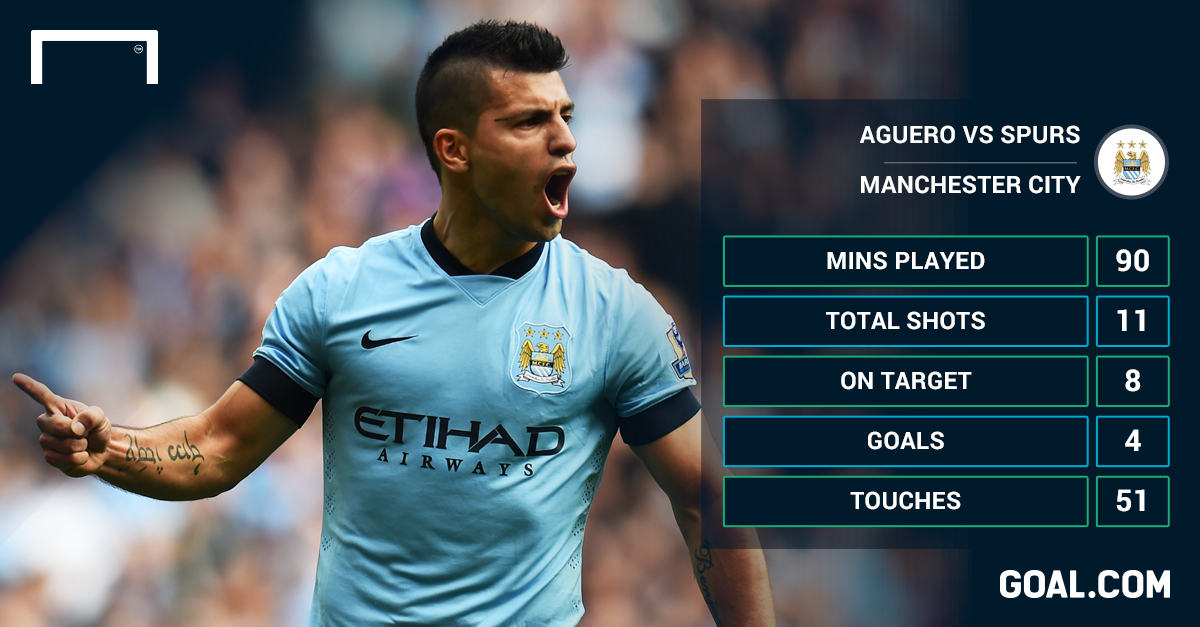