Barcelona return to La Liga action on Sunday as they face Atlético Madrid ?in a monumental clash at the top of the table.

The Catalan side have been imperious in the league so far this season but find themselves second in La Liga, three points ahead of Atlético and three below Real Madrid, who beat Alaves 2-1 on Saturday.

A 3-1 Champions League win over German opponents Borussia Dortmund followed in midweek, and Ernesto Valverde will be hoping his team can replicate that performance against Atlético on Sunday. 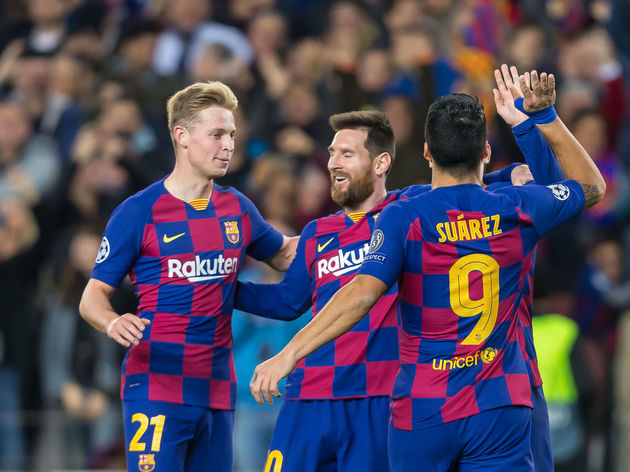 Barcelona cannot afford any slip ups in their hunt for their 27th La Liga title. With that said, here’s the team Barcelona should field on Sunday. Marc-André ter Stegen (GK) – The German shot stopper has been vital to Barcelona’s form this season and has established himself as one of the world’s best goalkeepers. He will retain his place on Sunday.

Sergio Roberto (RB) – With Nelson Semedo picking up a calf injury against Celta Vigo, Roberto will continue to fill in at right-back until the Portuguese’s return to action. Roberto adds a bit more defensive stability and will attempt to keep the likes of João Félix quiet.

Gerard Pique (CB) – Pique has been a mainstay in Barcelona’s defence since joining the Catalan giants from ?Manchester United in 2008. A yellow card suspension kept the centre back sidelined against Dortmund and he should return to the starting XI on Sunday.

Samuel Umtiti (CB) – Umtiti had a solid game against ?Dortmund on Tuesday night and kept the likes of Jadon Sancho, Marco Reus and Julian Brandt at bay. Umtiti is a little more experienced than his French counterpart Clement Lenglet and so Valverde may well opt for the 26-year-old.

Junior Firpo (LB) – With Jordi Alba suffering from a recurring hamstring injury, Firpo played the full 90 minutes against Dortmund and should get the nod at left-back again on Sunday due a lack of alternatives. Arturo Vidal (DM) – The yellow card suspension to Sergio Busquets would be a huge miss for Barcelona. With a high-pressing midfield, Atlético can cause problems for any side in the world. Luckily, Barça have exactly the player to counter such a press; Arturo Vidal. The 32-year-old has built a reputation for being a combative midfielder and a wonderful technician, and should keep his place in the starting XI on Sunday.

Arthur Melo (CM) – Tenacious, destructive, yet possessing a high technical ability, Arthur has established himself as a superb all-rounder. The Brazilian is exactly the type of midfielder needed to suppress the likes of ?Atlético’s Thomas Partey and Koke.

Frenkie de Jong (CM) – Quite simply, De Jong is undroppable. The 22-year-old has been outstanding since his summer move from Ajax and is illustrating exactly why Barcelona forked out £67.5m for the Dutchman’s services with a number of mature performances. 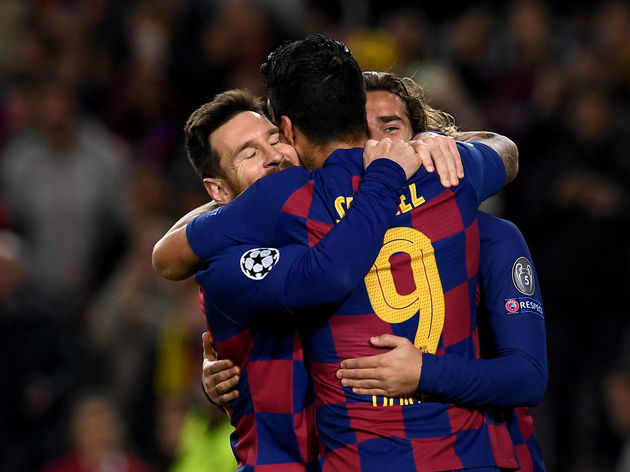 Lionel Messi (RW) – Messi continues to stake his claim as the world’s very best as he netted his 613th goal in 700 games for Barcelona on Wednesday. The diminutive Argentine is the heart and soul of FCB and will no doubt feature in Valverde’s starting XI on Sunday.

Antoine Griezmann (LW) – Griezmann hasn’t enjoyed the best of times since his summer move from Sunday’s opponents Atlético Madrid. However, recent performances have shown glimpses of what the 28-year-old is capable of. With Ousmane Dembélé out for ten weeks after picking up a hamstring injury on Tuesday, Griezmann should feature in place of the Frenchman.

Luis Suarez (ST) – Despite being 32 and entering the twilight of his career, Suarez is showing no signs of slowing down. The Uruguayan has scored ten goals in 15 appearances for Barcelona so far this season and will look to continue his impressive scoring record against a tough Atlético side on Sunday.