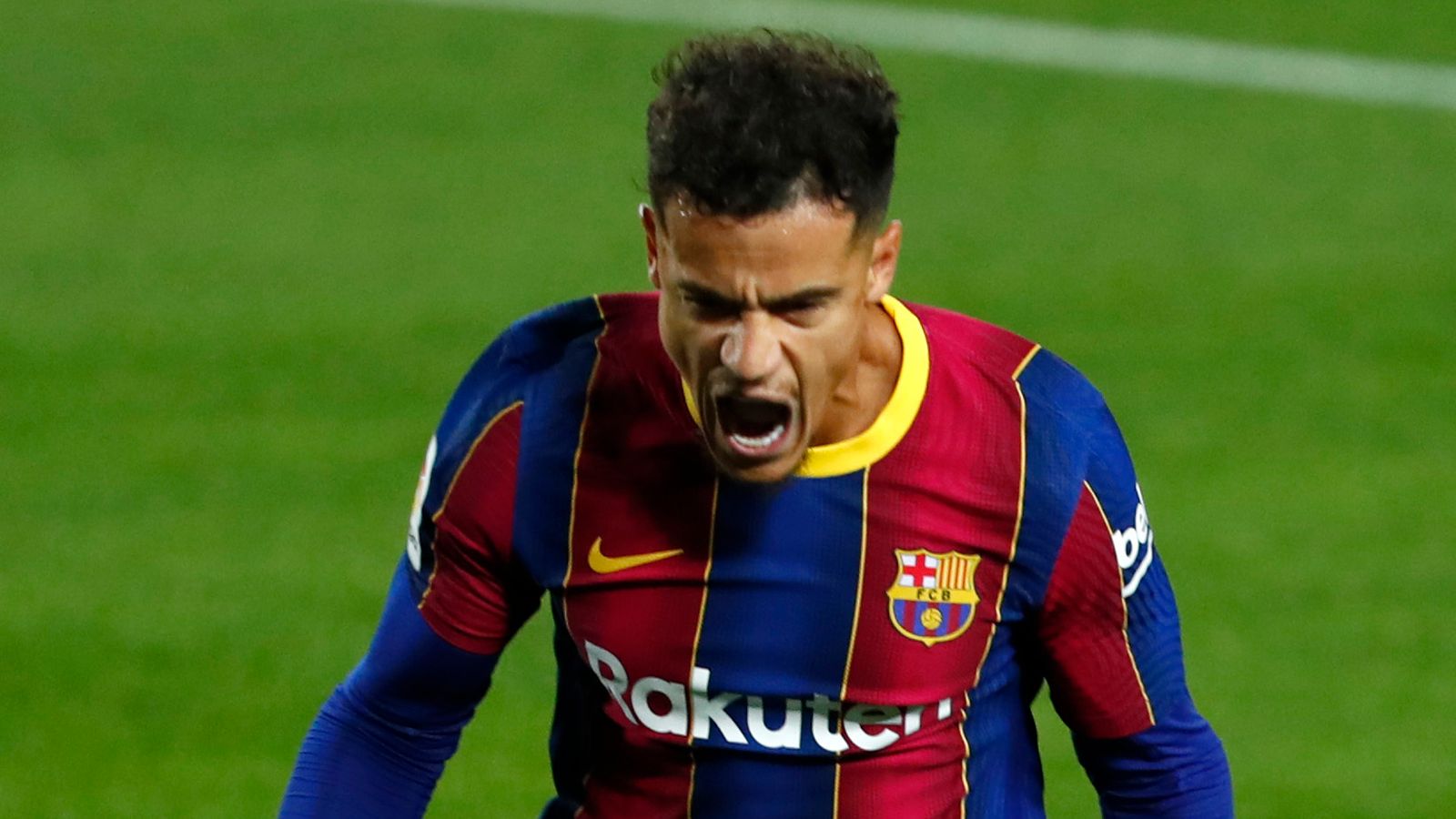 Premier League clubs will have to wait until July before making a move for Barcelona and Brazil playmaker Philippe Coutinho.

Barca are understood to be willing to let the former Liverpool star leave the Nou Camp this summer, with Arsenal and Everton both reportedly interested.

However, the 28-year old will miss this summer’s Copa America tournament after undergoing arthroscopic surgery last month, his third knee surgery since January, and it is unlikely his future will be decided for at least another eight weeks as his rehabilitation continues.

Coutinho is under contract at the Nou Camp until June 2023 and made 14 appearances for Ronald Koeman’s team since his return from a season-long loan at Bayern Munich.

He suffered lateral meniscus damage in Barca’s 1-1 draw with Eibar on December 29.

Coutinho arrived at Barcelona from Liverpool in January 2018 and has scored 23 goals in 90 appearances for the club in all competitions, helping the club to four major trophies.

He spent the 2019/20 campaign on loan at Bayern and won the Champions League, the Bundesliga, and the DFB-Pokal under Hansi Flick.

Meanwhile, both Barcelona and Bayern remain interested in Liverpool midfielder Georginio Wijnaldum who appears set to depart Anfield as a free agent this summer and bid an emotional farewell to the club after their final game of the season against Crystal Palace.

Atletico Madrid pipped both Barcelona and Real Madrid to the La Liga title this season as Diego Simeone’s side won the division by a two-point margin.