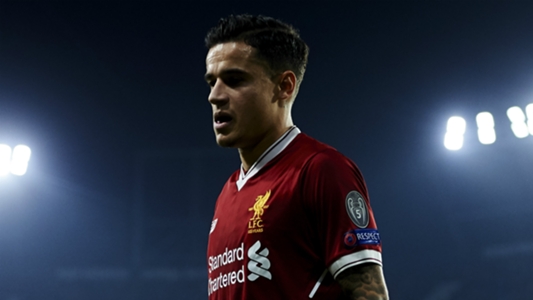 Liverpool manager Jurgen Klopp insists he has been given no indication Philippe Coutinho will be sold to Barcelona in January.

The Brazil international was reportedly a key transfer target for the Catalans in the previous window but Liverpool stood firm in their desire to keep him at Anfield.

Speculation has emerged suggesting Barca have already struck a deal to sign the 25-year-old next month and Reds chief executive Peter Moore told Sky Sports he has “no crystal ball” when it comes to the player’s future.

However, Klopp appears adamant Coutinho will not leave and is eager to avoid another saga during the coming transfer window.

“I have no reason to think about it. Just because you ask, it doesn’t change my situation,” he told a news conference on Friday.

“We never spoke about transfers in this moment. Whatever I could say would obviously not stop your questions. So I just thought: ‘Don’t answer it.’

“There’s really nothing to say at this moment. Nobody came to me and said: ‘Phil will be away in January.’ I’m completely fine with the situation how it is.

“We had this big story in the summer and I have no desire to have it again before the end of January. We have about 20 games in this period.

“After January 31, we can shake hands and say: ‘What a wonderful time we had together.’ The journalists and me, not Phil and me!”