?It’s not exactly the announcement most had been waiting for but…Neymar has completed a signing of sorts, after being added to the popular Netflix series La Casa de Papel.

The Brazilian filmed scenes for two episodes of the show (called Money Heist in English markets) last November. However, according to widespread reports including ?AS, the world’s most expensive footballer’s cameo was initially left on the editing room floor for the release of the series’ third season in July due to ongoing rape accusations.

That case has since been dismissed for lack of evidence and the Paris Saint-Germain forward’s part has now been re-added to episodes six and eight of season three, which can now be viewed on ?Netflix.

On Tuesday, ?Neymar posted on Twitter a clip of himself wearing the classic boiler suit and Salvador Dali mask combination made famous by the show.

The Spanish-language show, which follows a criminal gang’s plan to rob the Royal Mint in Madrid has already broken audience records in Spain, with Neymar’s new cameo – apparently as a monk named Joao – likely only to boost audience figures even further. 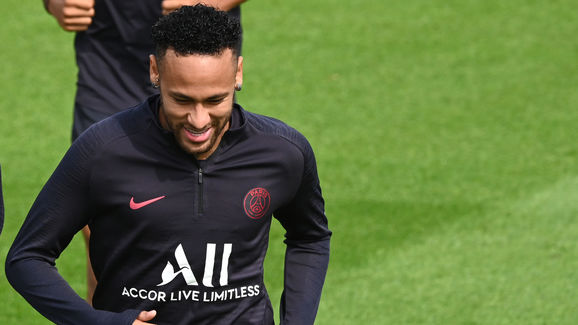 With the closure of the transfer window less than a week away, Barcelona fans now wait with bated breath, hoping that La Casa de Papel won’t be Neymar’s only venture in Spain.