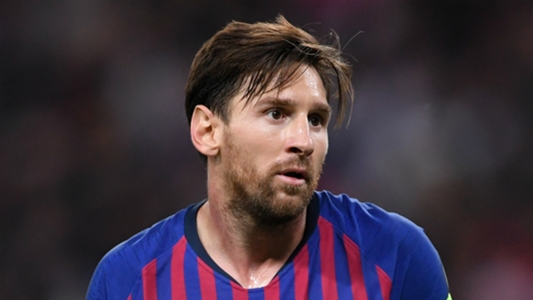 Lionel Messi’s masterclass in the 4-2 Champions League win at Tottenham prompted Barcelona team-mate Philippe Coutinho to describe him as the “best ever”.

Coutinho gave Barca a second-minute lead at Wembley on Wednesday but it was Messi’s brace in the second half that ensured Ernesto Valverde’s men ended a run of three games without a win.

Messi was also involved in Barca’s opener before taking his Champions League tally to 64 goals from 65 appearances in the group stage, while Jordi Alba recorded a trio of assists.

Former Barca striker Gary Lineker described Messi as the best player in history on social media and Coutinho was quick to agree with that assessment after scoring his first Champions League goal for the club.

Does anyone really genuinely think there has ever been a better footballer than Lionel Messi? I mean seriously?
— Gary Lineker (@GaryLineker) October 3, 2018

“Messi is the best ever,” Coutinho said to beIN SPORTS.

“He always does new things on the field, I’m glad he scored two goals.

“All Champions League matches are like that. We have to be at 100 per cent. Today we deserved the victory.”

Tottenham defender Kieran Trippier accepted Barca earned their victory but said his team, without star men Christian Eriksen, Dele Alli and Jan Vertonghen due to injury, can be satisfied with a second-half fightback that saw goals from Harry Kane and Erik Lamela.

“These are the games you want to be involved in, that you dream of playing in,” Trippier said to BT Sport.

“[Messi] was unbelievable. When he’s in that form he’s magic to watch.

“Barcelona were the better team on the night but we’ll take plenty of positives out of it.

“We’ve got another game around the corner, so we’ll recover and see where we went wrong.”