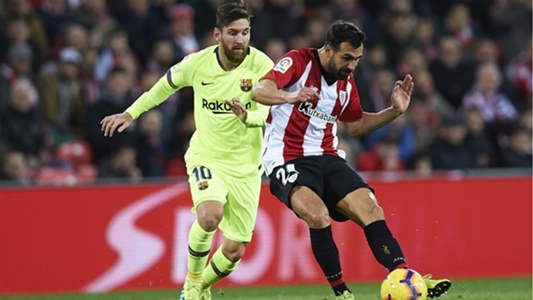 LaLiga’s leaders were held to a third draw in succession across all competitions, as they were frustrated at San Mames by Athletic.

Messi started Wednesday’s 1-1 Copa del Rey semi-final first-leg draw against Real Madrid on the bench due to a thigh knock, but he came back into the line-up in Bilbao.

The Argentina star was Barca’s liveliest player, yet he still appeared to be a little off colour compared his usual level of performance.

As such, Barca were kept at bay, as Philippe Coutinho did little to ease the burden on their talisman, but Valverde is adamant Messi was in condition to play.

Speaking to reporters, Valverde said: “Messi is fine and he has played at 100 per cent.

“He has had some difficulties, because we had them as a collective, but when he plays it is because is absolutely convinced everything is fine.”

Valverde accepted that Arturo Vidal and Coutinho were some way short of their best, however.

“It’s like everything else when you get a draw that you think that you should have won,” Valverde said.

“It is a matter for the whole team and people always point to a player because he failed a pass or some situation. It is true that sometimes they can be more successful.”