Lionel Messi intends to return to Barcelona at the end of his time at Paris Saint-Germain and wants to help the La Liga club in a technical director role.

The 34-year-old concluded his 21-year association with the Catalonia club in the summer with Barca unable to offer him a new contract amid ongoing financial difficulties, and Messi said goodbye in an emotional press conference before joining PSG on a two-year deal.

Six-time Ballon d’Or winner Messi scored 672 goals in 778 games for Barca and won 34 major trophies during his time there. He has stated it remains his plan to come back to the Nou Camp in the future.

When asked whether his next career move will be a return to Barca in the summer of 2023, Messi told Spanish outlet SPORT: “I don’t know if that’ll happen when my PSG contract is up. What’s almost confirmed and certain is that we’ll return to Barcelona to live and our lives will be there.

“That’s what my wife and I want. I don’t know what’ll happen when my PSG contract ends, but we’ll go back to live in Barcelona.

“I don’t know if that’ll be at Barcelona or if it might work out differently.

“If the option is there, I’d love to contribute again in any way that I can because it’s the club that I love and I’d love it to keep doing well, growing and remain one of the best in the world.” 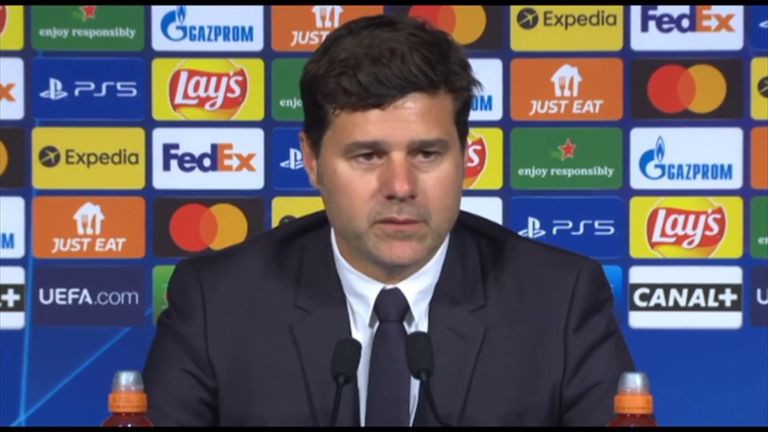 When negotiating terms of a new five-year deal at Barcelona in the summer, Messi offered to reduce his salary by 50 per cent before it came to light that the club could not give him a new contract.

In October, Barcelona president Joan Laporta said he had hoped Messi would agree to play for free right up until the point that it became apparent the club was unable to afford to keep him.

On Laporta’s comments, Messi said: “Never at any moment did they ask me to play for free. They asked me to reduce my salary by 50 per cent and I did it without any problem.

“We were willing to help the club more. My desire and that of my family was to stay in Barcelona.

“No one asked me to play for free, but at the same time, the president’s words were inappropriate. It hurt because I don’t think there was any need to say that.

“It’s like taking the ball from you and not accepting the responsibility or taking charge of things. That makes people think and generates doubts that I don’t think I deserve.”

Messi limped off injured in PSG’s 2-1 win over champions Lille on Friday but their head coach Mauricio Pochettino remains hopeful he will be available for Wednesday’s Champions League game at RB Leipzig.

The Argentina international is without a goal in five Ligue 1 games so far this term, although he has scored three times in the Champions League.

Barcelona, who are ninth in La Liga and were held to 1-1 draw against Alaves on Saturday, relieved head coach Ronald Koeman of his duties last week amid the club’s poor start to the season.