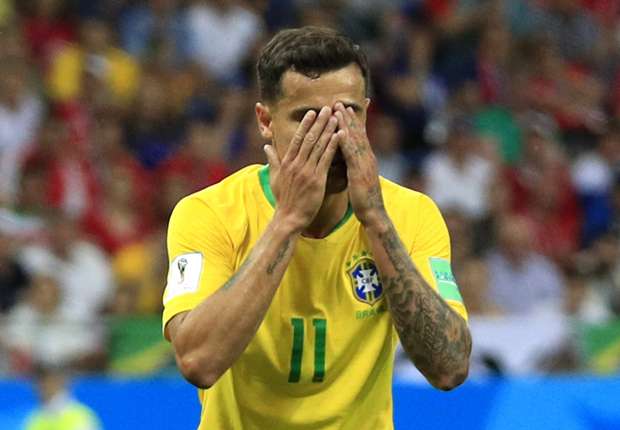 The trio have pulled out of this month’s Brasil Global Tour clashes – and are replaced by Alex Sandro, Renato Augusto and Rafinha

Marcelo, Philippe Coutinho and Casemiro have been forced to withdraw from the Brazil squad for this month’s matches against Uruguay and Cameroon.

All three picked up injuries with their respective clubs and have been replaced in the squad by Alex Sandro, Renato August and Rafinha for November’s Brasil Global Tour.

Marcelo suffered a hamstring injury in Real Madrid’s Clasico defeat to Barcelona last month and failed to recover in time to join the Selecao in the United Kingdom.

His absence provides an unexpected chance for Juventus’ Alex Sandro to make an impression, after he was unable to make the left-back role his own in two starts for Brazil since the World Cup.

Coutinho, meanwhile, also misses out due to a hamstring injury. Midfield maestro Renato Augusto will now be presented with another opportunity to prove he can help set the tone in Tite’s midfield.

Casemiro had hoped he could overcome fitness issues of his own by on Monday but the Brazilian Football Confederation (CBF) confirmed he, too, would be replaced.

The Selecao face Uruguay on November 16 at the Emirates Stadium, London, before hosting Cameroon on November 20 at Stadium MK, Milton Keynes.