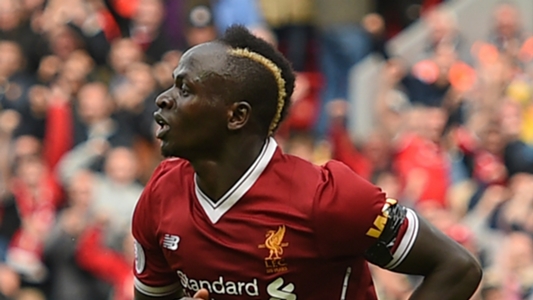 Sadio Mane claims it is “too early to talk about the title” at Liverpool, but is delighted to still have Philippe Coutinho at the club.

The Reds enjoyed a positive opening to the 2017-18 campaign, as they entered the international break with a 4-0 mauling of Arsenal and seven points taken from three games.

Jurgen Klopp’s side have, however, stumbled slightly of late, going four games in all competitions without a win.

They are still only five points off the pace, but Mane says it is too soon to be discussing a possible tilt at the English top-flight crown.

The Senegal international forward told ESPN: “Honestly, it is too early to talk about the title. We are not focused on other teams, just on ourselves, and we know we can beat any team in the league.

“These kind of results [no wins in four matches] can happen in any team, but we will do our best to change the situation. We will try to take it game by game, and why not win it at the end?”

If Liverpool are to push themselves into contention, then they will need key men to perform at the peak of their powers.

Mane falls into that category, but he is currently serving a three-match ban for a red card picked up in a 5-0 defeat to Manchester City.

Brazilian playmaker Coutinho is another important figure for the Reds, with Liverpool having fought hard over the summer to keep him out of the clutches of Barcelona.

The 25-year-old was eager to make a move to Camp Nou, but Mane is pleased to still have him as a team-mate on Merseyside.

He added: “It was not only important to me, but also to the whole club, that Phil is staying here.

“He is one of our best players, an important player, and we are happy to see him stay with us.”