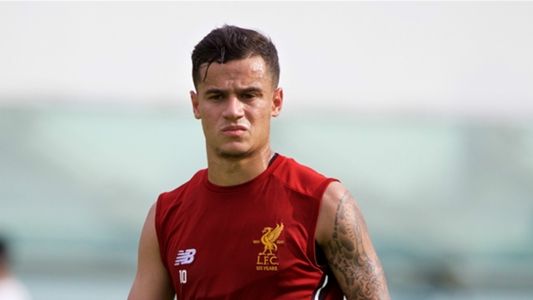 Coutinho, 25, was a major target for the La Liga giants during the transfer window, but Liverpool stood firm to keep the Brazil international.

Garcia, who won a Champions League with Liverpool, talked up the significance of holding onto Coutinho amid Barcelona’s interest.

“Of course everybody would like to have Coutinho in their team because for the last two or three years he has been showing how important he is for Liverpool,” the Spaniard said on Saturday.

“Many, many teams have been interested in signing him so, for Liverpool, I think it was very important for them to keep him.

“If they want to be competitive in this difficult Premier League they need to keep all of their important players.”

Even without Coutinho, Jurgen Klopp’s men have made a bright start to the Premier League season, claiming seven points from three games to be second in the table.

“The add of Salah was important,” Garcia said. “I think we’ve seen he has fit very well into the team and scored a few goals and he is showing he is fantastic with the other players.

“I think they are pretty happy but again it depends on their future results but they have had a fantastic pre-season and it looks like a bright future.”

Liverpool’s first game after the international break is a blockbuster clash against Manchester City on Saturday.