If Liverpool are to sanction the sale of Philippe Coutinho to Barcelona then they should ask for Luis Suarez back in return, says Jamie Redknapp.

The Reds spent much of the summer fending off advances from Camp Nou as they fought hard to keep a key creative talent at Anfield.

Coutinho is tied to a long-term contract in England and has continued to impress in 2017-18 amid the ongoing uncertainty surrounding his future.

It is expected to be only a matter of time before Barca come calling once more, with a January move being mooted, but Redknapp believes any transfer talks need to include the option for a part-exchange which will see a former favourite returned to Merseyside.

The former Reds midfielder told the Daily Mail: “Philippe Coutinho was sensational for Liverpool at Bournemouth. The Reds should enjoy him while they can before Barcelona come calling again in the summer.

“Even if Liverpool receive in excess of the £138 million Barcelona bid last summer, there are few like-for-like players they can buy — while bringing in a number of players is not always the best option. 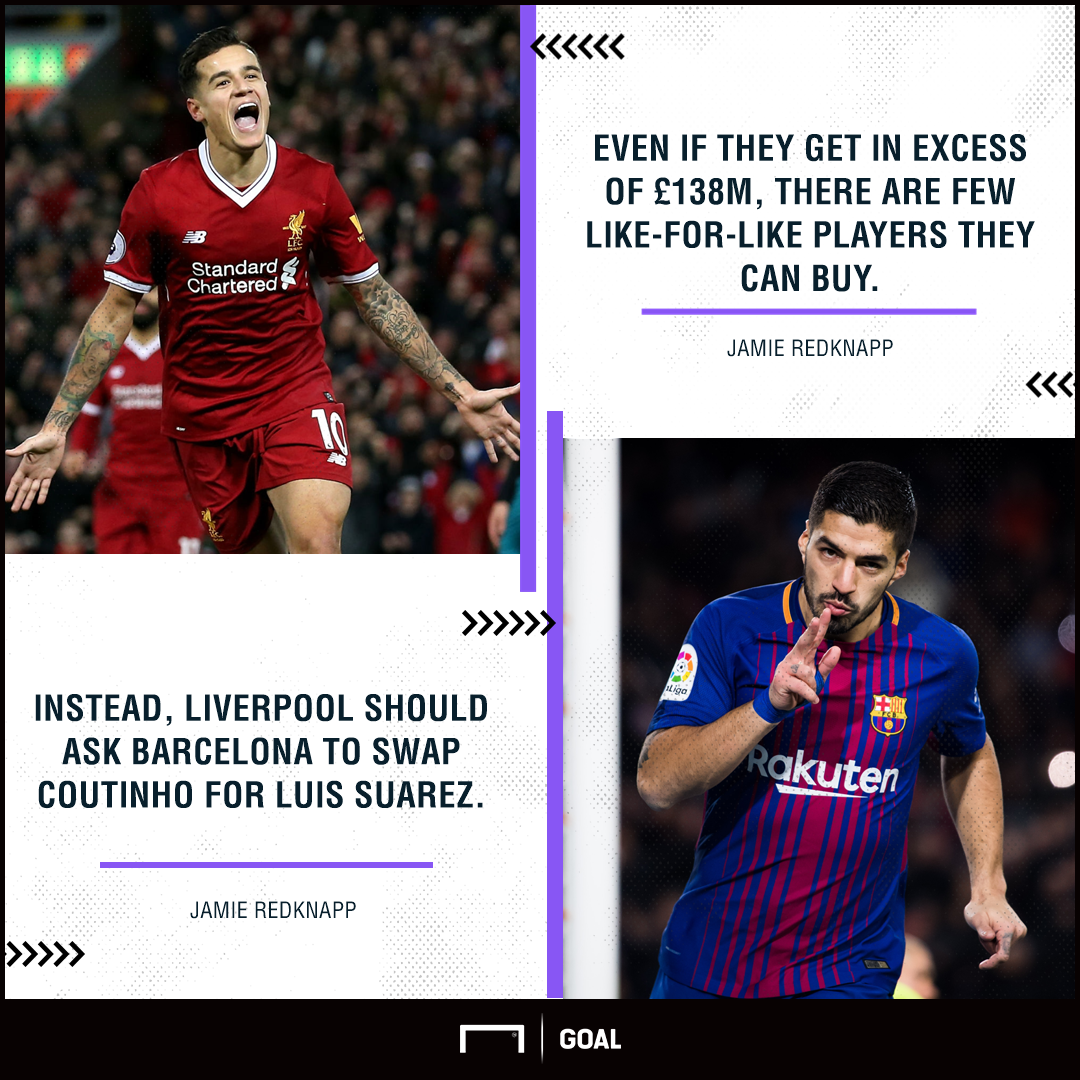 “Instead, Liverpool should ask Barcelona to swap Coutinho for Luis Suarez.

“The striker has not been as prolific as in recent seasons and the Liverpool fans would love a returning hero. It would be a great move for both the club and the Premier League.”

Suarez left Liverpool for Barcelona in the summer of 2014.

He departed as the reigning PFA Player of the Year, having come agonisingly close to leading the Reds to the Premier League title.

A goal-laden spell at Camp Nou has followed, but the 30-year-old has seen his numbers dip this term.

Coutinho, meanwhile, has contributed 10 goals and seven assists to the Liverpool cause across Premier League and Champions League competition.

It is that form which still has Barca keen and mulling over another big-money bid when the winter transfer window opens.