We are firmly in the depths of silly season and the latest rumour to creep its way to the top of the pile is Liverpool’s supposed interest in re-signing Philippe Coutinho.

Coutinho left Liverpool midway through the 2017/18 season to join up with Barcelona, but the Brazilian’s time in Spain has been nothing short of miserable. As a result, he’s being strongly linked with a move away from the Blaugrana this summer, with a whole host of clubs being cited as potential suitors. 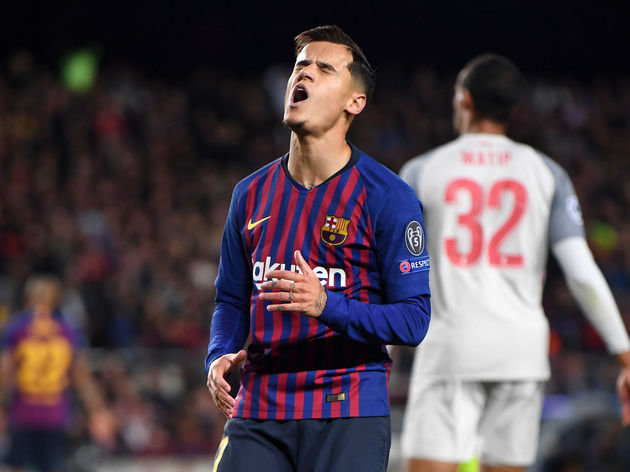 One such club, for some reason, is ?Liverpool, with Le10Sport (via ?Sport) recently claiming that the Reds are now ‘ready to make a move’ for their former star and that Jurgen Klopp ‘does not oppose’ his arrival. Really convincing stuff then.

It’s an unsubstantiated claim that seems to have been plucked from thin air and the only justification provided for Liverpool’s interest is that Coutinho is unwilling to sign for either ?Manchester United or ?Chelsea.

The report notes that ?Barcelona are willing to part ways with Coutinho, which could very well be accurate, but it fails to mention the fact that the player himself is looking to stay put, at least for the immediate future. Speaking in a recent interview while on international duty with Brazil, Coutinho said (via ?Sport): “ The Coutinho saga will continue to rumble on for the remainder of the summer transfer window, but don’t be fooled into thinking that Liverpool are interested just yet.