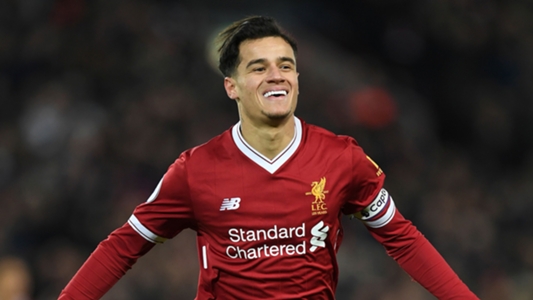 Liverpool will need to find a suitable replacement for Philippe Coutinho in the summer transfer market if they are to mount a Premier League title challenge in 2018-19, says Jamie Redknapp.

The Reds fought hard to keep a Brazilian playmaker at Anfield in 2017, but eventually bowed to pressure from Barcelona when the La Liga giants came calling again in January.

A big-money sale did bring in €160 million, and Jurgen Klopp’s side have fared admirably without Coutinho, but his departure has created a midfield void.

Redknapp feels that will need to be filled if a sizeable gap to champions Manchester City is to be bridged, with Liverpool still needing someone to provide the “killer pass” for a fearsome attacking unit of Mohamed Salah, Roberto Firmino and Sadio Mane.

The former Reds star told the Daily Mail: “The biggest compliment you can pay Jurgen Klopp since January is that Liverpool have not missed Philippe Coutinho.

“While they have brushed aside Manchester City and Roma in the Champions League without him, against the smaller teams they have lacked a player of his quality who can unlock the door.

“Liverpool are most dangerous when their opponents have the ball. One mistake and their fearsome forward line pounces.

“When teams drop deep and defend — as Stoke did on Saturday as they battled to a 0-0 draw — Klopp’s team struggle to make the breakthrough.

“Coutinho has that ability to unpick a defence with a killer pass. He could have turned one point into three. That is what Liverpool need to seriously challenge Manchester City for the title next season.”

Liverpool already have one midfielder ready to bolster their ranks this summer, with a deal in place for RB Leipzig star Naby Keita.

They are also being linked with several other high-profile targets, with Klopp ready to invest in the right players.

For now, though, the Reds are very much focused on the present, with those currently at their disposal taking aim at a top four finish and the Champions League final.