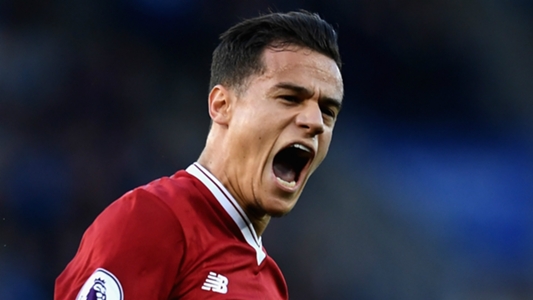 Steven Gerrard believes it will take a stroke of divine intervention for Philippe Coutinho to not leave Liverpool for Barcelona.

The attacker was involved in a summer tag-of-war that saw him go AWOL from the Reds’ squad towards the end of the transfer window in a bid to force a deal through.

Jurgen Klopp’s side saw off the danger, but Gerrard believes there is only so long they can keep hold of the Brazil international.

Asked on BT Sport how Liverpool can keep him at the club, the club legend replied: Pray! He’s South American, his dream is to go to Barcelona.

“I think the key in this situation is do Barcelona come back? Or are they upset that he hasn’t come?

“Liverpool will want to keep him for a long, long time, there’s no doubt about that. They love him.”

Coutinho, 25, was vital as Liverpool defeated Leicester 3-2 on Saturday, and Gerrard was happy to sing the player’s praises.

“He produces moments of genius and he’s a world class footballer.

“Barcelona don’t come for you for that amount of money unless you’re world class.

“Liverpool need to try and keep hold of him for as long as possible because with him in the team, when Sadio Mane comes back, we know Liverpool will score heavily and they will be one of the most exciting teams in the league.”

The Reds are sixth in the standings, five points behind leaders Manchester City after six games.