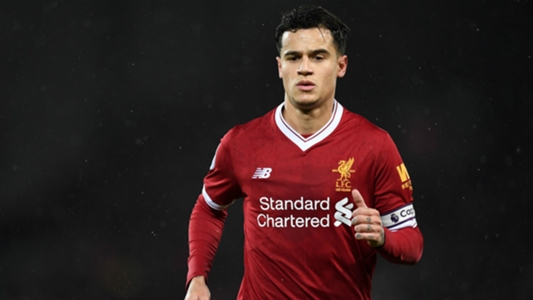 Philippe Coutinho’s departure for Barcelona was “painful” for Liverpool, admits assistant coach Peter Krawietz, but the Reds have offered the perfect response.

Having seen a key creative influence go chasing the dream at Camp Nou in January, those left behind at Anfield could have buckled and lost their way.

Coutinho’s absence has, however, barely registered on Merseyside, with Jurgen Klopp’s side arguably an even greater attacking force without the Brazil international.

The likes of Mohamed Salah, Roberto Firmino and Sadio Mane have continued to flourish, helping Liverpool to the Champions League final, with one man not allowed to disrupt collective harmony.

Krawietz told SPOX on how the club handled a sale they were reluctant to sanction: “His change was very painful, because we lost his quality and special style of play.

“So we had to ask ourselves: Can the group deal with this? Can we respond to this urgent call to change?

“In the end we answered in the affirmative. Phil was a formative figure with us. It was a pity he left. Fortunately, we have managed to absorb his loss collectively.

“Of course, one notices whether a player is happy or unhappy.

“When a club approaches a player and suggests things to him, such as he might force a situation that complicates the situation for his current employer, that’s not nice and distressing for everyone.

“Of course, that was also a topic in the group, even though Phil had made the best possible contribution to the team until the last day in Liverpool.”

Liverpool were ultimately one of the victims of Neymar’s record-breaking €222 million (£195m/$260m) move from Barcelona to Paris Saint-Germain in the summer of 2017, with the transfer market flooded with cash.

Those in Catalunya used part of that fee to bring in Coutinho, having already landed Ousmane Dembele, while Klopp and Co have forced to bide their time in indentifying a replacement after seeing valuations soar around the world.

Krawietz added: “We’ve already looked around, but when you do that, you notice relatively quickly how much the prices have exploded since the Neymar transfer last summer.

“Every club knew that there are now €222m in Barcelona. This led to a few incredible stories and a spiral that you felt, for example, not only with us, but also in Dortmund [where Borussia Dortmund lost Dembele for £135.5m].”