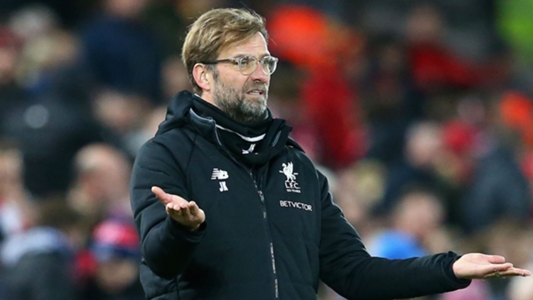 Liverpool manager Jurgen Klopp is not seeking a replacement for Philippe Coutinho before the transfer window closes.

Coutinho joined Barcelona for €160 million this month, leaving Klopp without one of his squad’s most potent attacking threats, but the German does not feel the need to rush out for an addition.

Liverpool have strengthened their defence with the £75m signing of Virgil van Dijk from Southampton, and Klopp claims there are no plans to reinforce in other areas in the short term.

“Philippe Coutinho is not to replace in this window,” he said at a media conference. “We can stop thinking about that.

“It’s not about replacing players – it’s about using our own opportunities and our own tools, players, tactics, formations.”

Liverpool’s 18-match unbeaten run came to an end when they went down 1-0 to Swansea City last week and they subsequently lost 3-2 at home to West Brom in the FA Cup on Saturday.

Klopp claimed Coutinho’s departure was not a factor in those results, saying: “We didn’t play well at Swansea but a few days before we played fantastic against Man City. We could have won at Swansea. It doesn’t say anything about the performances, only the results.

“I don’t think Phil [Coutinho] would have helped a lot in these situations.

“The solution is not out there on the transfer market. We always have open eyes but we first of all have to use our players.

“In the long term we will do a lot but in the short term not a lot will happen.”

Looking ahead to Tuesday’s match against Huddersfield Town, Klopp said Jordan Henderson’s return to fitness after a hamstring injury was a boost to his side.

Henderson and James Milner came on for the last 25 minutes of the defeat to West Brom, and the manager was impressed by their displays.

“[Henderson] did really well when he came on, like Millie did,” said Klopp. “They brought some fresh ideas and confidence, they showed up and both had good moments in the game.

“He is very important for us.”