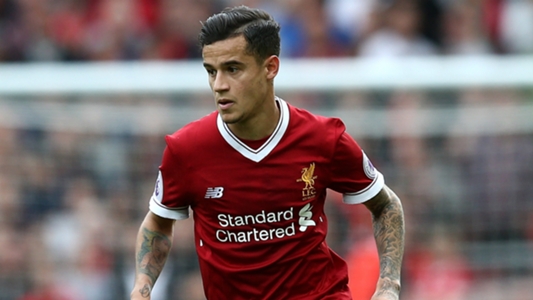 Liverpool manager Jurgen Klopp believes it would have been difficult for Philippe Coutinho to return to Anfield had he wanted to join a club other than Barcelona… like Everton.

Coutinho was desperate to leave Liverpool for La Liga giants Barca, handing in a transfer request but a move did not eventuate as the Reds reportedly rejected three bids before the transfer window closed.

The 25-year-old – yet to make an appearance for Klopp’s men this season – is back at Liverpool following two appearances for Brazil during the international break, though he has been left out of the squad for Saturday’s trip to Manchester City.

And Klopp is confident there will be no problem reintegrating Coutinho as he did not seek a move to Liverpool’s Merseyside rivals.

“Do I think that somebody could have [a complaint]? Most of them are friends for many years,” he said. “100 per cent if a club like Barcelona is around then nobody says: ‘Are you crazy, what do you want to go there for?’

“Everyone has this little bit of understanding and thinks ‘OK it’s Barcelona’ and it is not that he wants to go to Everton. Then it would have been different I would say. Another wonderful club but a different situation.

“[The rest of the squad] know him. He wasn’t in for three, now four weeks with the international break, that is nothing. They are really good friends. They understand it a bit. They probably wished it could have been different, but now it is not anything.”