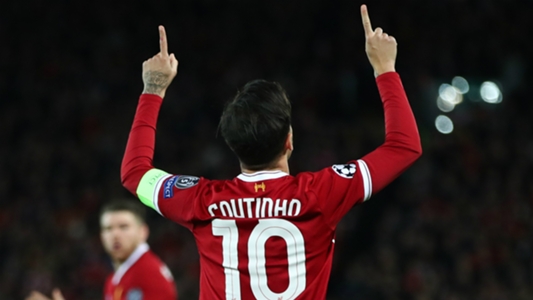 Jurgen Klopp insists Liverpool do not need to sell Philippe Coutinho to recoup the cash spent on their £75 million swoop for Southampton centre-back Virgil van Dijk.

The Reds’ move to make Netherlands international Van Dijk the most expensive defender of all time was confirmed on Wednesday, drawing a line under one of the transfer sagas that dominated the close season at Anfield.

The other was Barcelona’s ultimately fruitless pursuit of Brazil playmaker Coutinho, who has resumed his pivotal role at Liverpool and been in sublime form while notching seven goals in December

As such, reports of Barca’s interest have persisted but Klopp is adamant his move to secure Van Dijk will not affect the future of a player for whom the La Liga leaders reportedly had a £115m bid turned down in August.

“No, nobody told me that [I would have to sell Coutinho],” he told reporters.

“We have good players and we don’t have to sell anybody because of that. So fair play to our owners that they are ambitious.”

Klopp has handed the captain’s armband to Coutinho during Jordan Henderson’s recent injury absence – a situation far removed from the former Inter player’s transfer request when Barcelona’s pursuit reached a crescendo back in August.

“The only thing I will say and the only thing I am interested in is how is Phil playing at the moment,” Klopp said. “I was really happy about the last few performances and about his impact.

“He showed his character in the games and in the training sessions. That was spot on. It was really good. That is what I am interested in because all the rest I can’t, and don’t, want to talk about it because if I open the door then you [the media] run all the way through.

“If there is something to say you will know. In my business it makes absolute no sense to talk about things that ‘could’ ‘maybe” happen because all it does is create stories which 90 per cent of the time are not true. Why should we do that?”

Klopp also credited Van Dijk’s “100 per cent” desire to join Liverpool as a key factor in a blockbusting transfer that will be officially completed on January 1, following reported interest from Premier League leaders Manchester City in the 26-year-old.

“He wanted to come here 100 per cent and that is a very important thing,” he added.

“Because imagine in this moment you are a football guy and a few clubs are looking for someone, and they don’t hesitate or are not shy with money as well.

“That was not his intention. He wanted to join us and nobody else. That’s another really good thing.”