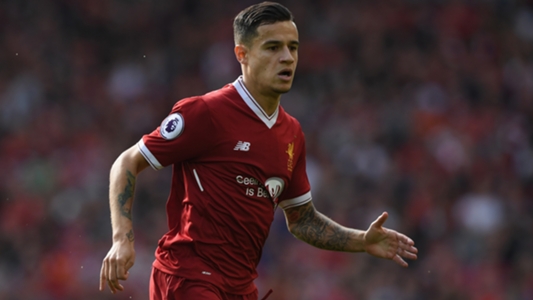 Jurgen Klopp hopes Liverpool can do enough to keep Philippe Coutinho, but insisted whether there was already an agreement in place for the attacker was unimportant.

Coutinho, 25, was heavily linked with a move to Barcelona in the off-season despite being contracted until 2022.

The Brazil international ended up staying at Anfield, with suggestions the star attacker would make the move at the end of the campaign.

However, Klopp said he was unsure, adding that it was insignificant so early in the season.

“I’ve no clue. We will see. We don’t talk about things like this. Can you imagine what it would be like if I said ‘yes we have an agreement’?” he said, via The Telegraph.

“In this moment, the 100 per cent truth is that nobody thinks about this. We don’t talk about it, why should we?

“In both cases it would not make sense – no, there is no agreement, yes, there is an agreement. It is not important in the moment.

“We have other moments when we have to talk about these things but not in October.”

Another player Liverpool may lose at season’s end is Emre Can, with the midfielder coming out of contract.

Klopp said it was up to his club to ensure the likes of Coutinho and Can wanted to stay.

“What I can say, in general as a club, and how I understand it, we have to still create a situation where players want to be part of it with all they have,” he said.