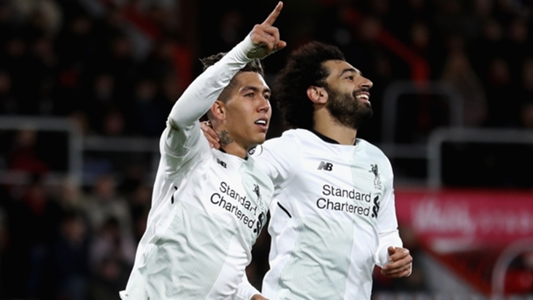 Liverpool manager Jurgen Klopp has revealed he dislikes the ‘Fab Four’ nickname given to his star attack.

Philippe Coutinho, Mohamed Salah and Roberto Firmino scored in Liverpool’s 4-0 win over Bournemouth in the Premier League on Sunday.

Sadio Mane, the other member of the so-called ‘Fab Four’, was left on the bench as Liverpool moved back into fourth.

Salah’s goal was his 20th in all competitions this season, but Klopp played down all the talk about his ‘Fab Four’.

“I’m looking forward to it that he [Salah] stays in that shape and still plays like this,” the German said.

“He didn’t score against West Brom, for example, and we could have needed it much more in that game than today, but things happen, I have no problem with it.

“I don’t go home and think, ‘my God, what a player Mo Salah is, how good is he and all the others?’ That’s not how it works.”

Liverpool visit fifth-placed Arsenal in the Premier League on Friday.