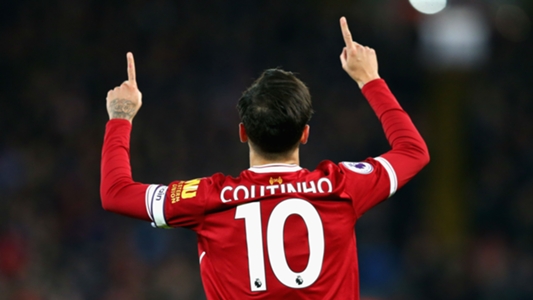 Liverpool manager Jurgen Klopp insisted his players would not be distracted by the ongoing transfer saga surrounding Philippe Coutinho.

The Premier League club managed to keep the Brazil attacker from Barcelona in the off-season, but the La Liga giants are reportedly chasing Coutinho again in January.

Leaked Nike promotional material – which was seemingly offering fans the chance to buy a Barca shirt with Coutinho’s name on the back – further fanned the flames but speaking to the media ahead of Friday’s FA Cup clash with Merseyside rivals Everton, Klopp says all the chatter is not an issue for his players.

“These young boys are used to this from a really early age and are used to ignoring things around them. If they are smart enough they ignore most of it.

“All the stories around are no problem. This story is not around since yesterday. It has been around since the summer and did you at any moment get the impression this team is distracted because of transfer rumours? No.

“We are focused on what we have an influence on. All the rest we have to ignore. It is clear there is a lot of excitement around.”

“Mo and Phil are not available. Virgil is obviously healthy, we’ll see what we do with him.”

A thigh injury will see Coutinho miss the FA Cup clash at Anfield, with the star playmaker having contributed 12 goals and eight assists in 20 games in all competitions this season.

“I am not interested in Barcelona. Sorry. What can I say about what they do?” he said.

“It is always the same. This year it is Phil. Another year it is somebody else. There is nothing to say until there is something to say. That is my position.

“What can I do? I cannot talk about this part of the game.”