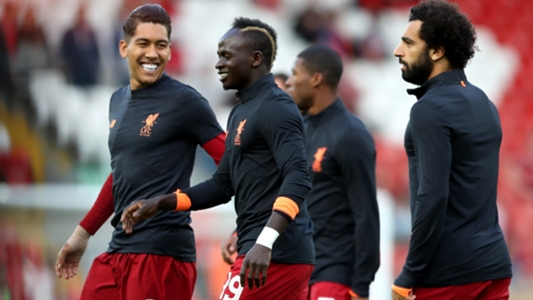 Liverpool manager Jurgen Klopp is considering starting all of his “artists” in his side’s Champions League clash against Spartak Moscow.

With Philippe Coutinho back and Sadio Mane available, Klopp may opt to start the duo alongside Mohamed Salah and Roberto Firmino in Russia on Tuesday.

Injuries and suspensions have prevented the quartet from starting together, but Klopp said he would consider it.

“The balance has to be right. We are an offensive-orientated team, but this is about Champions League football,” the German told UK newspapers.

“We need results. In the right moments, you need to be able to do the right things. It is not about being spectacular, it is about being good, and being clinical and having perfect timing and perfect protection.

“We cannot just bring all the artists, but if it fits together we will do it.

“It is good to have them all, it is cool everyone is in the game, but that doesn’t mean anything. I don’t believe in names. I believe in performances. They all have to fit together and that is what we have to try.”

While Mane and Trent Alexander-Arnold appear set to be in the XI in the Group E clash, one man certain to start is Loris Karius.

The goalkeeper is desperate to make the most of his opportunity after Klopp confirmed he would start.

“Of course I’m very excited to play in this competition, the Champions League,” the 24-year-old Karius told the club’s website.

“It’s my first season in the Champions League, so on top of that I see it as a big chance to perform well and show myself to the manager, tell him I’m ready for whatever.

“If you need me in the Premier League I’ll be there, so it’s a chance for me.”