Brazil took a huge step towards Russia 2018 on Tuesday as goals from Gabriel Jesus and Willian sealed a 2-0 victory in Venzuela to make it four wins from four World Cup qualifiers for new coach Tite.

The five-time world champions came into the tenth round of the CONMEBOL qualifying in second place but earned all three points in Merida to leapfrog Uruguay, who were held to a 2-2 draw in Colombia.

Future Manchester City star Gabriel Jesus gave the Selecao the perfect start when he pouned on an error from Dani Hernandez before executing a sublime chip over the Venezuela goalkeeper. Chelsea’s Willian, back in the side due to a suspension to Neymar, rounded off the win eight minutes into the second half.

Below, Chevrolet Brasil Global Tour looks back at the major talking points from another happy night for Tite’s Brazil. 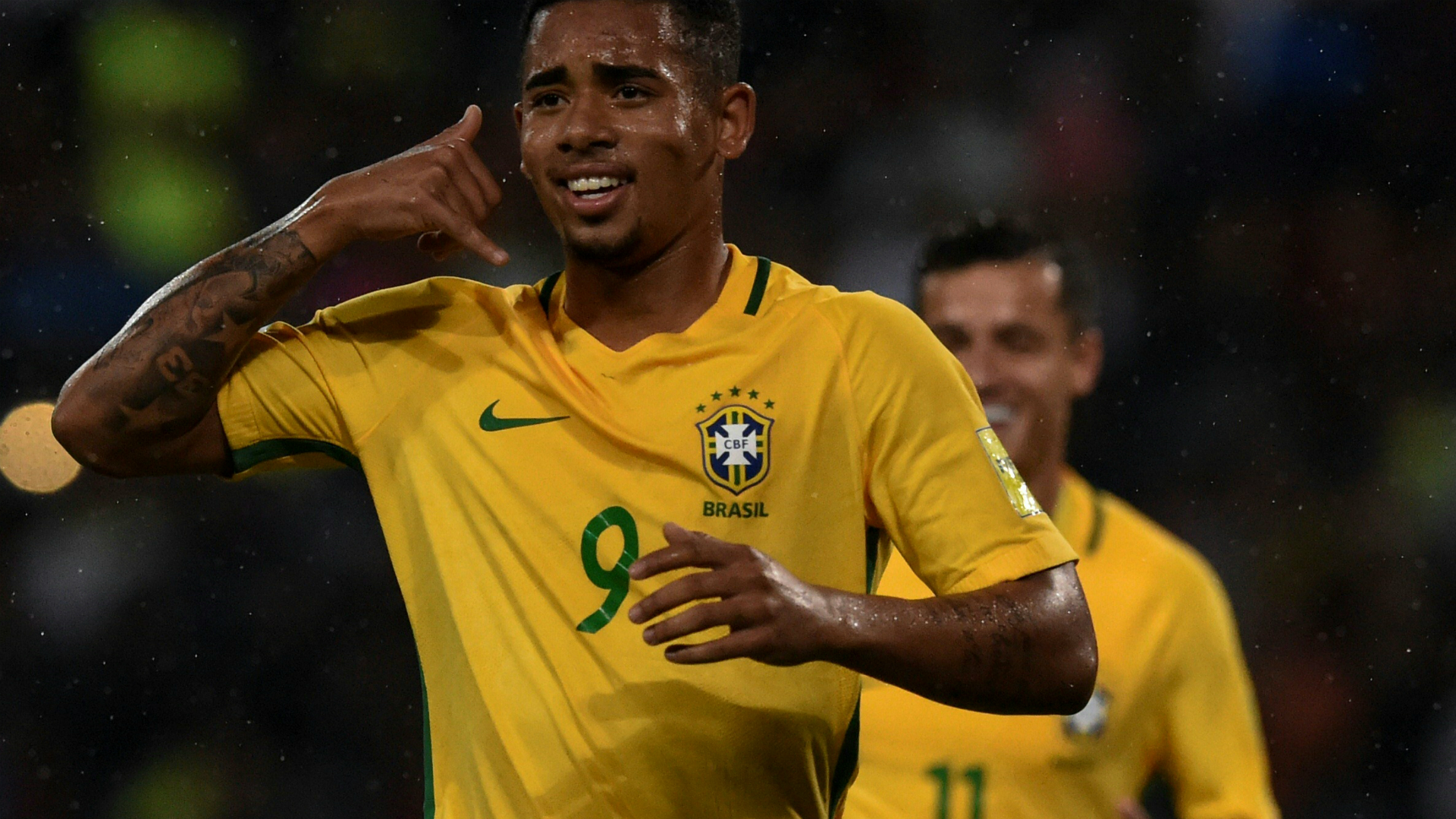 In the absence of the suspended Neymar, teenager Gabriel Jesus stepped up once again to turn in probably his side’s best individual performance and net his fourth goal in four internationals. The 19-year-old continues to grow into his role as Tite’s No. 9 and showed yet more signs that he continues to mature both technically and mentally. He showed his immense class after seven minutes with a fabulous finish to calm any Brazilian nerves and subsequently led the line more proficiently than he has done on previous occasions. Moreover, unlike Neymar, he did not retaliate to any rough treatment he received as his pace and guile frustrated the Venezuelans from the outset. 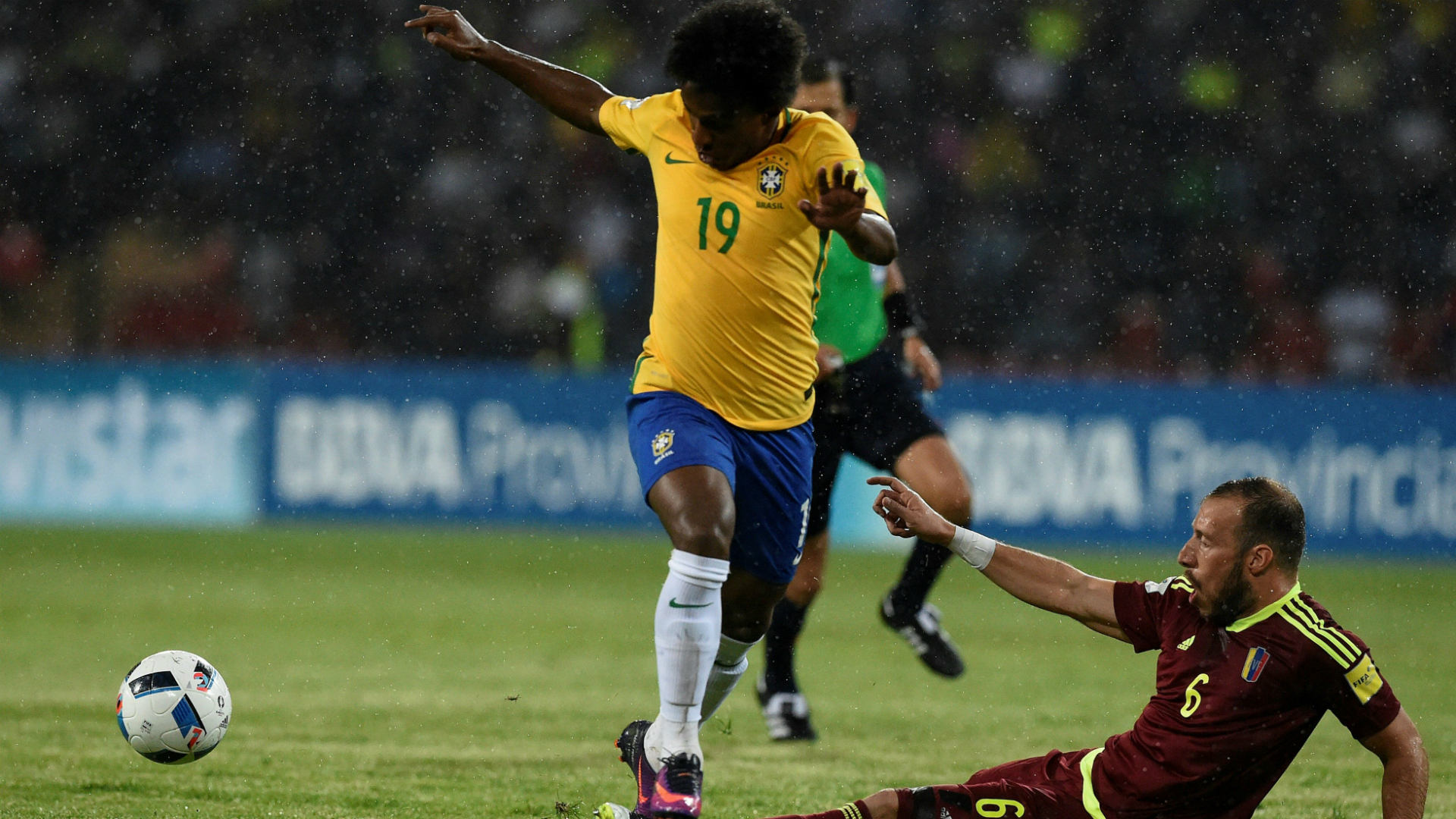 Arguably Brazil’s best and most consistent performer in the two years between World Cup 2014 and Tite’s June arrival, Willian has struggled since the new coach’s appointment as he was left marginalised by a team that was targeting most of its attacking play down the left. The Chelsea midfielder lost his place in the side last week to Philippe Coutinho, but Neymar’s suspension handed him another chance and he did not disappoint. He was again left isolated but took advantage of his solitary role by ghosting in at the back post to convert a Filipe Luis cross and secure the victory in Merida. His performance will have left Tite scratching his head in the run-up to the clash with Argentina next month. 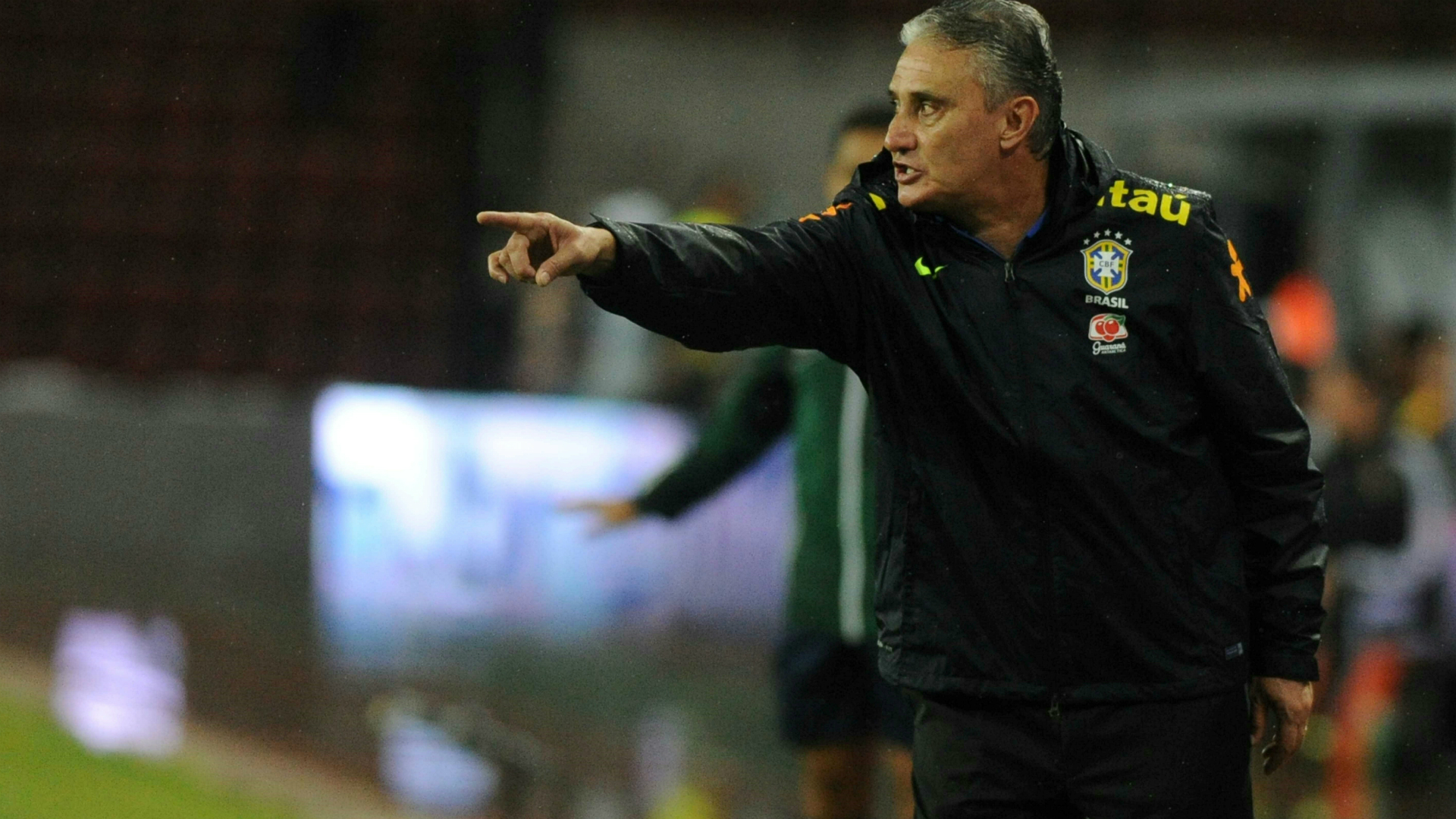 A breath of fresh air has been blown through Brazilian football. After two desperately disappointing years, the Selecao have rediscovered their cohesion, collectiveness and, most importantly, their domination. The team continues to evolve with every match under Tite’s stewardship. They are pressing with more intensity, and success, switching the direction and tempo of their play, introduced more midfield elaboration and found their cutting edge. Moreover, returns for the likes of Thiago Silva, Fernandinho, Oscar and Marcelo are further illustrations that tensions have been lifted around the squad. What a difference a coach makes. 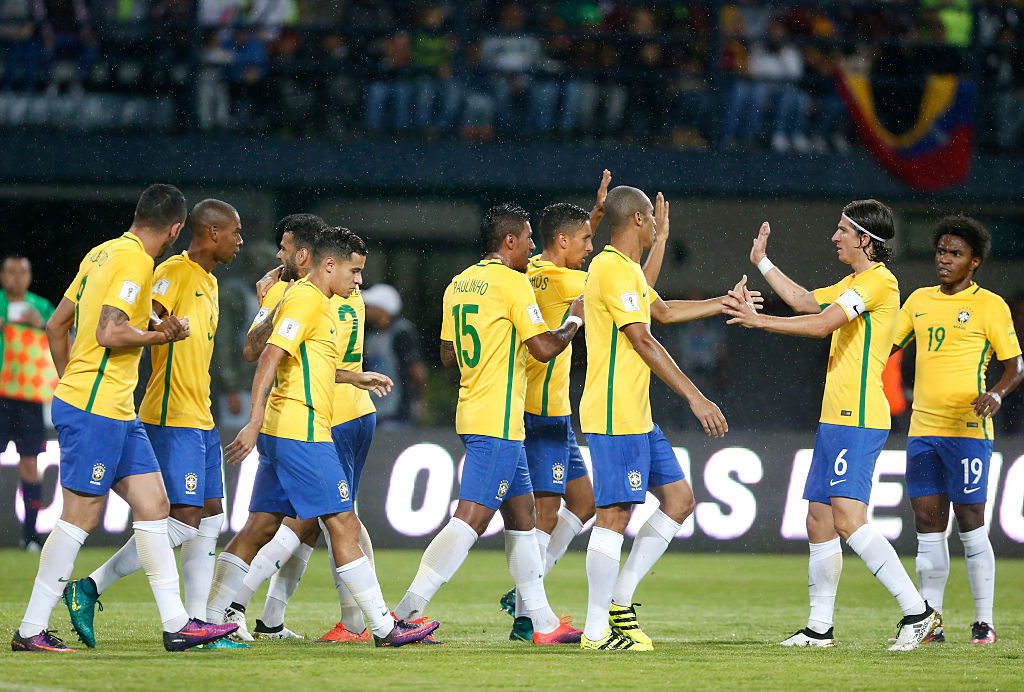 It is the question that has dogged Brazil for more than three years. Can they really play without Neymar? It is one they have failed to answer time and again as the Barcelona star continued to pick up suspensions. The answer, under Tite, however, appears to be yes. In every game there have been fewer signs of the “neymardependência” that Luiz Felipe Scolari and Dunga were unable to correct. Brazil created plenty of chances in the absence of their talisman, with Philippe Coutinho and Paulinho in particular having opportunities to make the scoreline considerably more convincing. The key to getting the best out of an individual is establishing a cohesive collective. The cohesion was on display on Tuesday as his side took to the field without their greatest individual. 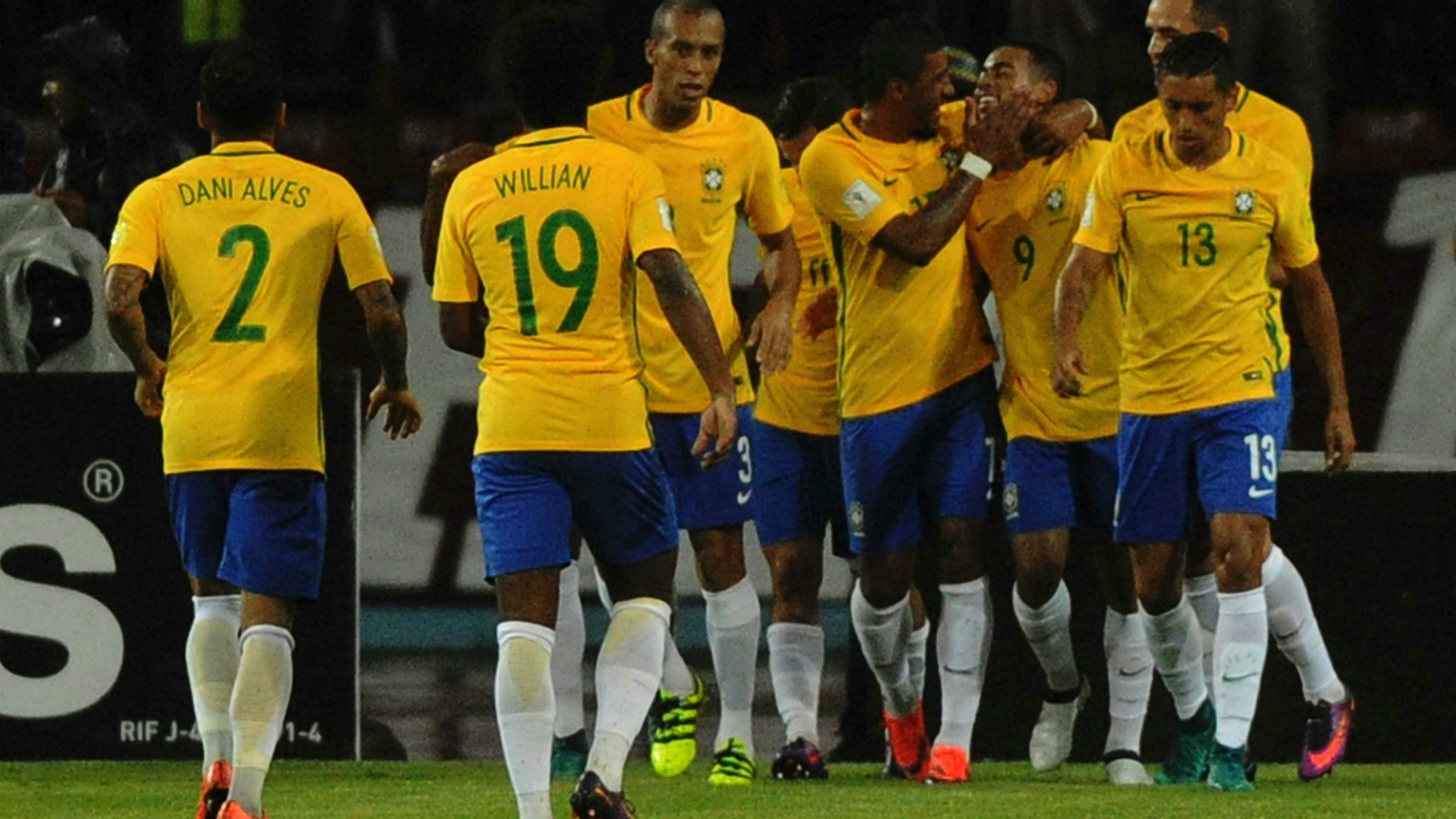 Ahead of Copa America 2016, there were real concerns in Brazil that football may see its first ever Brazil-less World Cup. Fast forward four matchdays and that now appears as unthinkable as ever. With 12 points from 12 since Tite’s arrival, the Selecao have shot up from sixth, outside the final qualification slot, to sitting pretty on top of the continent with 21 points. With eight more stops on the journey yet to come, there will be plenty more twists and turns in the World Cups most competitive qualification process, but right now few expect Tite’s Brazil to miss a step.