The midfielder has been linked with a move to Atlético Madrid in January, after receiving just two starts in La Liga since the arrival of Frankie de Jong in the Summer. However, the 31-year-old has made it clear that he will fight for his place in Ernesto Valverde’s squad, claiming that there is no ‘better place’ than ?Barcelona.

“You never know, my idea is to continue,” he said at the DEX Awards, as quoted by Spanish newspaper ?AS. “What I want is to play and enjoy my football. I still have a lot to give and if I can play, for me there is no better place than Barcelona right now.”

When asked about a possible move to the Spanish capital he admitted: “These are things that only time will tell. ?Atlético are a great club, who have showed everyone they fight for titles. I want to fight for everything and to help my teammates, but if that can be at Barcelona then there is no better place.”

However, the Croatian international was more open about his return to Sevilla, stating that he would love to rejoin his former club when the timing is right. 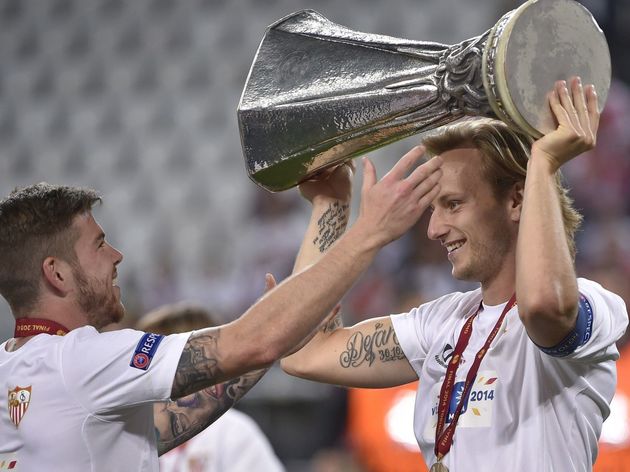 “We’ll see, if the time comes to be able to speak to them then everybody knows that I would be delighted.

“If I ever was to return to a club then it would be Sevilla, hopefully this can happen one day but above all, I’m glad to see how the club is growing, their results. Sevilla are better every year.

“From afar, that fills me with pride and happiness. My dream would be to wear the Sevilla shirt once again.”

Since losing his place in the first team, ?Rakitic has also sparked interest from clubs such as Manchester United and Inter Milan.