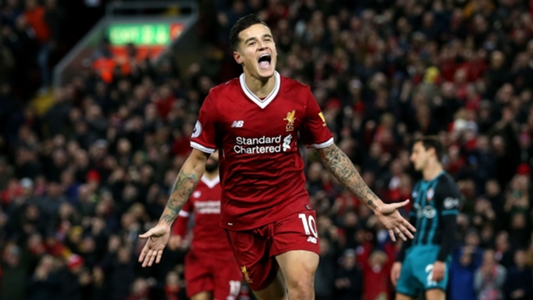 Andres Iniesta has urged Barcelona to sign Philippe Coutinho as he would be an “important reinforcement” as they look to strengthen their team in January.

Barca pushed heavily to sign the Liverpool star in the summer but saw their advances rejected by Premier League club, despite the Brazilian’s desire to make the move.

The Catalan club are expected to return for Coutinho, however, and could make another bid in the January window.

They are also linked with signing a centre-back, as Javier Mascherano looks set to leave, and 23-year-old Colombia international Yerry Mina is reportedly on his way.

And Barca midfielder Iniesta believes Coutinho, 25, and Mina would be smart purchases from his side.

“I think they would be two important reinforcements to the squad,” he told reporters. “If the club wants to strengthen those positions, it should be with players that can be prepared to withstand the pressure of a club like this, and they would be two big signings.

This week, Barcelona were paired with Liverpool’s domestic rivals Chelsea in the first knockout round of the Champions League.

The draw reminded Iniesta of the meeting between the two sides in 2009, when his last minute goal sent Barca through to secure their place in the final, going on to beat Manchester United.

“The first thing I thought was that it was a hard and complicated match against a very powerful team in every way,” he said. “Some very nice memories, the best I’ve ever lived, came to mind.”