Real Madrid sitting top of Spain’s top flight despite somehow also being terrible at the same time has taken the heat off Hazard somewhat, but Felix and Griezmann have been fodder for those who have watched their limp performances.

It’s hardly been an ideal start for any of the aforementioned trio, so let’s delve further into it. 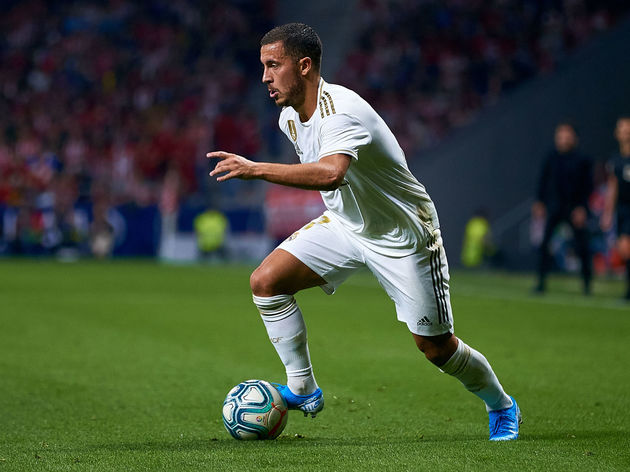 The Belgian has had a disrupted start to the season, so he has obviously struggled a tad more than his ?Atleti and ?Barca counterparts.

He’s played four games so far, three in La Liga and one in the Champions League, and Real have only scored once while Hazard has been on the pitch during those matches.

Zinedine Zidane is still figuring out his his best front three, with Karim Benzema, Gareth Bale and Hazard leading the line in the recent Madrid derby.

Hazard is obviously still finding his feet and has had fewer minutes than both Felix and Griezmann, but undoubtedly needs to be braver and take more risks in possession. 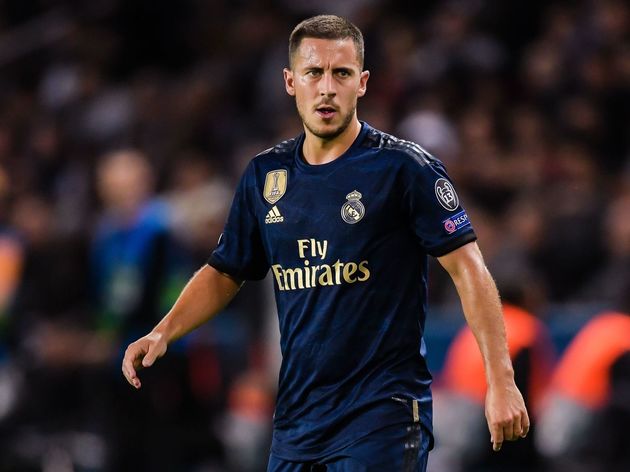 He’ll show his true class eventually, with a Champions League tie against Club Brugge on Tuesday providing the perfect scenario for the former Chelsea ace to truly announce himself at the Bernabeu.

Benzema served Cristiano Ronaldo so faithfully during the Portuguese legend’s time at Real and can play the same role for Hazard. It’s just a matter of time before it all clicks. Signing a teenager for

Felix’s playmaking skills have caught the eye, as he’s usually the striker in Diego Simeone’s customary 4-4-2 who can drop a little deeper to link play with the wide players, with Diego Costa and Alvaro Morata left to plough the lone furrows.

Anyone expecting numbers similar to his last season in Primeira Liga has got their expectations horribly wrong. Going from a Benfica side that scored over 100 league goals to a defensively rigid and brilliantly organised Atleti team will result in some of his previously impressive statistics sagging somewhat. 2-0 is very common margin of victory for Atleti, and that makes it tricky for one of their strikers to hit 20 league goals in a season. Just ask Antoine.

He was hooked in the 70th minute in the Madrid derby. Nobody exactly played well in that game, but Felix only completed 13 passes, the fewest of any starting player from either side.

It’s hard to become a talisman for your new club overnight, but with players like Koke, Saul Niguez and Diego Costa around him, Felix should get there in a couple of years. Until then, it’s going to be patchy. Of the three, this wee lad has probably put in the best individual performances.

Having to play without Lionel Messi and Luis Suarez in his first handful of games wasn’t ideal, but their absences gave Griezmann the chance to lead the line.

However, a star turn in the 5-2 victory over Real Betis, when he scored twice and set up Arturo Vidal’s strike, showed Griezmann does have the minerals to lead the line without some of the club’s star players.

The problem is he’s only had about two good games in La Liga, while the 0-0 in the Champions League against Borussia Dortmund was also a total washout for most who played that evening – bar Marc-Andre ter Stegen. Switching from Atleti to Barca must also be quite a jarring move – one side depends on their strikers to finish nigh-on every chance, whereas the other require their forwards to be brave on the ball and trust their skill to make things happen.

Griezmann is a defensive forward by trade – his major assets being his hold-up play and tireless pressing – but how he fits in alongside Suarez and Messi still seems unclear.

But let’s be real for a second: this is Antoine Griezmann. France’s best player at the 2018 World Cup. A regular feature among La Liga’s top scorers each season. A verified baller. So he should come good.

Just don’t expect that goal count to rise from the 15 league strikes he managed last season. If anything, it’ll probably decrease.