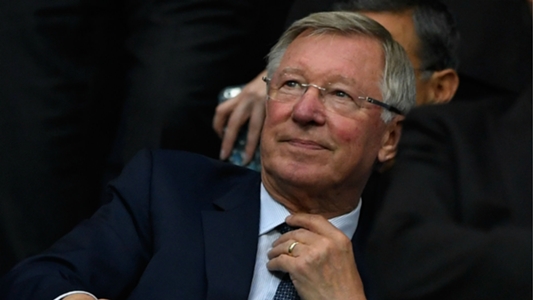 Coutinho has not featured for Liverpool competitively this season and handed in a transfer request in an attempt to force through a switch to Barcelona, although the Reds have rejected three bids for the playmaker – the latest coming in at £119million.

The 25-year-old is in line to feature in Brazil’s World Cup qualifiers against Ecuador and Colombia over the coming week despite officially being ruled out of action for his club due to a back injury and a bout of illness.

Coutinho’s doctor in Brazil contradicted this by claiming the player was suffering from stress brought about by uncertainty over his future.

Following a transfer window where the likes of Neymar and Ousmane Dembele have secured mega money moves away from clubs where they were under long-term contracts, and with intrigue over the futures of stars such as Alexis Sanchez and Virgil van Dijk set to dominate Thursday’s deadline day, former Manchester United boss Ferguson believes firm management of key players is more important than ever.

“I think strong management is crucial in this situation. Part of your job as a coach also is to educate your players’ character so they have a responsibility to what they’re doing,” Ferguson said, speaking at the UEFA Elite Coaches Forum in Nyon.

“Obviously, in some cases, that is changing a bit. It’s disappointing because I’m sure that, in the case of Liverpool, they did a very good job in making Coutinho the player he is today.

“So, it’s a bit disappointing but you have to deal with it and the transfer window doesn’t help in that situation.

“The recommendation we look at is to close the window before the season starts, so everyone knows which players they’ve got and aren’t waiting to see what the first results are going to be.”

One manager who has certainly impressed Ferguson with his strength of leadership is current United manager Jose Mourinho.

The former Chelsea, Inter and Real Madrid boss collected the EFL Cup and Europa League during his first season at Old Trafford and Ferguson was particularly impressed by his focus during the gruelling slog of the latter competition, with Champions League qualification up for grabs.

“I think that the Europa League has taken on arms and legs since they made the decision to let the winner enter the Champions League,” he said.

“Jose seized on that and he was playing his best team in every round, right from the start. He deserved to win it because his attitude was first class.

“Once Jose realised he wasn’t going to win the league back home in England, his intent of winning the Europa League became greater and greater as each round came along. That was a great achievement.”