Barca fell behind after 23 minutes, when David Lopez flicked home a dangerous in-swinging free-kick beyond goalkeeper Neto. The visitors looked majorly out of sorts during the opening 45 minutes, with their best chance falling to Luis Suarez, who could only hit the post. 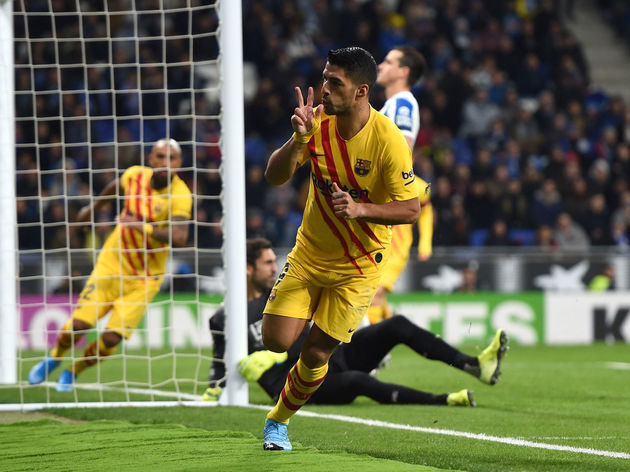 Suarez did level proceedings five minutes after half-time however, tapping home a delicious Jordi Alba cross from close range to breathe life in the stuttering away side. The Uruguayan played his part in Barca’s next goal, flicking an inch-perfect ball onto the head of Arturo Vidal, who powered Ernesto Valverde’s side into the lead just before the hour-mark.

Frenkie de Jong was shown a red card in the 75th minute for two tactical fouls, which left the visitors holding on to their slim advantage. But Barca were unable to see out the match, as substitute Wu Lei rifled beyond Neto with only two minutes left to play, meaning the away side missed the opportunity to take a two-point lead at La Liga’s summit.

It is the beginning of a new decade, but some things never change at Barcelona. Valverde is consistently haunted by his side’s struggles away from home, but there are more worrying concerns on the horizon for Blaugrana supporters. The visitors looked so sluggish in possession on Saturday, and their reliance on ageing and out-of-form stars has begun to show. 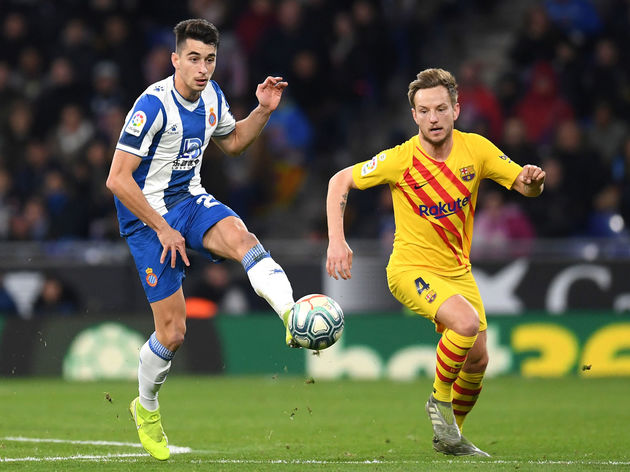 Barca fans will point to the recently departed spreadingyears

STAR MAN – How can Barcelona be seriously considering letting this guy leave? If there’s one man who you want on your side when the going gets tough, it’s ?Arturo Vidal. The visitors looked bereft of positivity, creativity and just about everything else at half-time, and it’s no exaggeration to say that they could have played until the next decade without threatening Espanyol. 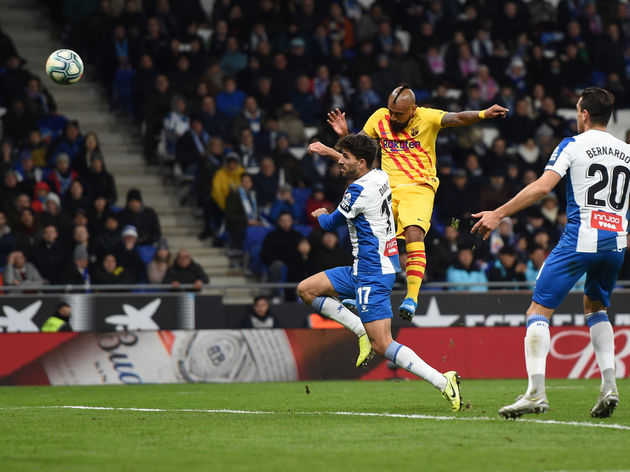 But the Chilean’s introduction changed the face of the game completely. Vidal added a determination and steel to the midfield, which is something we have all come to expect of the ex-Juventus man. It was the 32-year-old’s goal which put Barca ahead, and his presence in the heart of the pitch gave a new assurance to his side’s play.

Inter are sniffing around Vidal in the January transfer window, but Barca must do everything their power to hold onto their lion-hearted midfielder.