?Barcelona manager Ernesto Valverde has confessed having Lionel Messi is a huge advantage, after the Argentine netted his 50th goal of the calendar year in Saturday’s 4-1 win over Alavés.

Messi bagged his side’s third in what was a routine win for La Blaugrana, which meant that they will likely end 2019 as La Liga leaders. 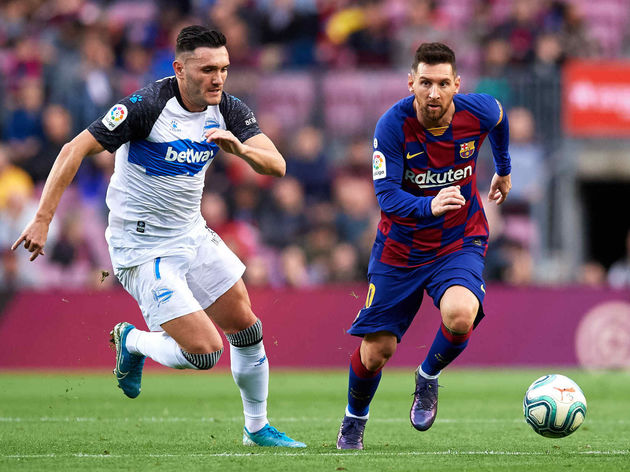 Speaking after the game (via ?Marca), Valverde was quick to praise the Ballon d’Or winner’s impact on the team.

“Having [?Messi] is a huge advantage.

2019 was the ninth year of his career in which Messi has netted 50 goals for club and country, having only failed to reach that figure once in the last ten years – he only managed to score 45 in 2013.

?Barcelona are now on track to end the year as league leaders, although ?Real Madrid could still earn top spot if they can beat Athletic Club by a whopping six goals on Sunday.

It was an impressive performance from Barcelona and Valverde confessed that he has been delighted with his side’s showings since the start of the campaign.

“The first half was great on our part, [but in] the beginning of the second [we didn’t have much] momentum and that’s where the [Alavés] goal came,” Valverde added.

“We finally took a breath with the third goal. I blame it on the merit of the opponents. “In this game we were especially interested in not having any fright, [as we were] aware that Alavés could hurt us.

“We are leaving with a good feeling, because we know [the league] is long.