Barcelona are seemingly preparing for the arrival of Philippe Coutinho as Nike appeared to confirm the Liverpool star’s signing on its website on Saturday night.

Liverpool fans were left sweating when the giant sportswear manufacturer and Barcelona apparel sponsor appeared to leak the blockbuster transfer via its online store.

Advertising customisation of Barca’s 2017-18 kit, a caption read: “Philippe Coutinho is ready to light up Camp Nou. Get your 2017-18 FC Barcelona kit with the Magician’s name on it. Act fast – free personalisation only available until January 6.”

Nike later deleted the page and it remains to be seen whether it was a PR blunder or online hacking.

Coutinho has been at the centre of a drawn-out transfer saga as Barca try to lure the Brazil international away from Anfield.

Barca reportedly had a £115 million offer for Coutinho turned down by Liverpool in August but the La Liga leaders are believed to be readying another bid in January. 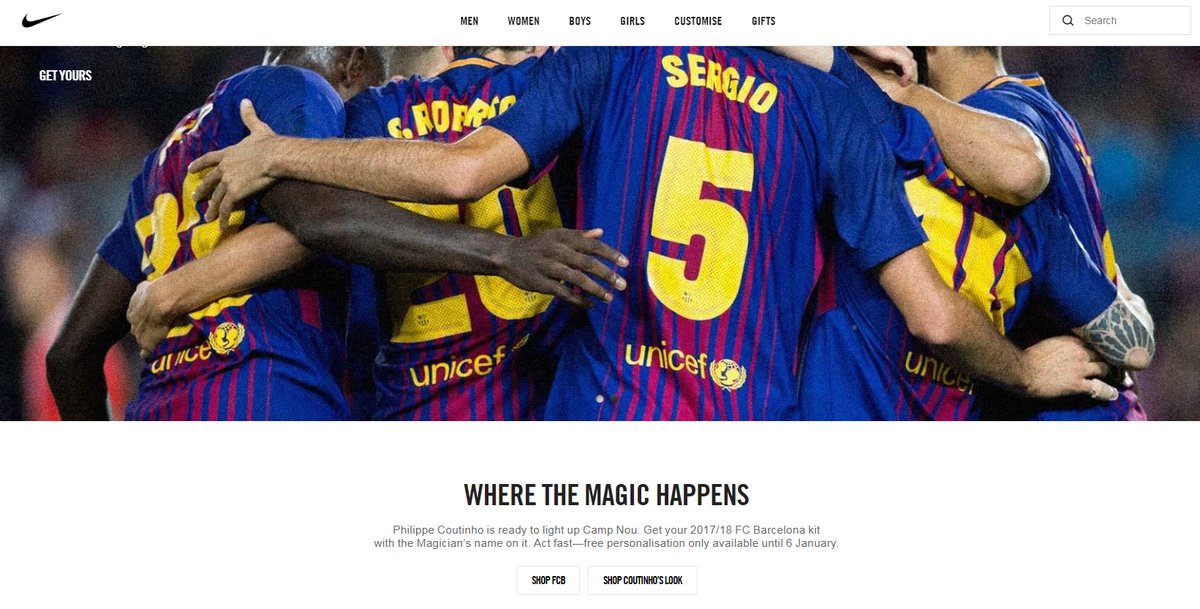 A deal worth £125m is reportedly in the works, with Liverpool more open to selling Coutinho at the turn of the year than they were in the summer.

Indeed, Liverpool were blindsided by Barca’s approach in pre-season, with Coutinho central to their planning for the new campaign.

However, time has softened their stance and allowed for proper planning to be conducted – the Reds have already agreed a deal to sign midfielder Naby Keita from Red Bull Leipzig in the summer, and have also completed the protracted signing of Virgil van Dijk from Southampton for a world-record £75m.

Coutinho – who handed in a transfer request a – played 89 minutes in Liverpool’s 2-1 victory over Leicester City in the Premier League on Saturday.

Liverpool, meanwhile, are fourth in the Premier League, 17 points behind leaders Manchester City but four ahead of fifth-placed Tottenham, who have a game in hand.