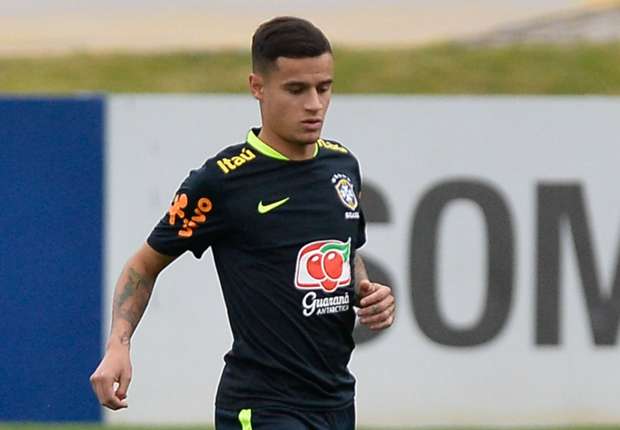 Dani Alves and Philippe Coutinho are among a host of players set to return to the Brazil starting line-up for Tuesday’s clash with England at Wembley.

Coach Tite changed half of his preferred XI for Friday’s Brasil Global Tour victory over Japan in Lille on Friday, but it set to revert to his strongest side in the English capital this week.

Brazil hit the training ground on Sunday, taking to Fulham’s Craven Cottage in a session that all but confirmed the return of Tite’s first-choice back four.

Assistant Sylvinho worked extensively on defensive shape, puling aside Dani Alves, Marquinhos, Miranda and Marcelo for defensive drills that all but confirmed the back four to face England.

Tite was keen to use the Japan game for some pre-World Cup experiments, but was always expected to return to his first XI against England, desperate to see how his team perform against a big side from outside of South America.

The coach admitted last week that he had hoped to once again shift Philippe Coutinho into a central midfield role against Japan before injury ruled him out of that clash.

The attacking drills on Sunday didn’t provide a clear example of the midfield and forward who will start this week, but local media expect Coutinho to return to a settled and consistent first-team: Alisson, Daniel Alves, Marquinhos, Miranda and Marcelo; Casemiro; Coutinho, Paulinho, Renato Augusto, Neymar; Gabriel Jesus.

Ederson may get another opportunity, however. The Manchester City goalkeeper made his long-awaited international debut last month and could be in line to see some minutes after Cassio and Alisson were each given 45 minutes in Lille.

Brazil return to the training ground on Monday, when they will hit the historic turf at Wembley for a session that will confirm the starting XI against England.