Philippe Coutinho leaving Liverpool for Barcelona this summer is highly unlikely, according to Michael Owen.

The Reds have already fended off one offer from Camp Nou for their Brazilian playmaker, with a £72 million approach knocked back.

It could be that their resolve is tested again before the summer window slams shut, with Barca about to receive a record-breaking €222 million from the sale of Neymar to Paris Saint-Germain.

Those funds would help to finance another raid for Coutinho, but Owen believes that a long-term contract signed in January proves how happy both club and player are with their current relationship at Anfield.

“The news going around Spain is obviously fuel to the fire if the Neymar deal goes ahead – the speculation becomes intensive [regarding a] Coutinho move,” the former Liverpool striker told Press Association Sport. 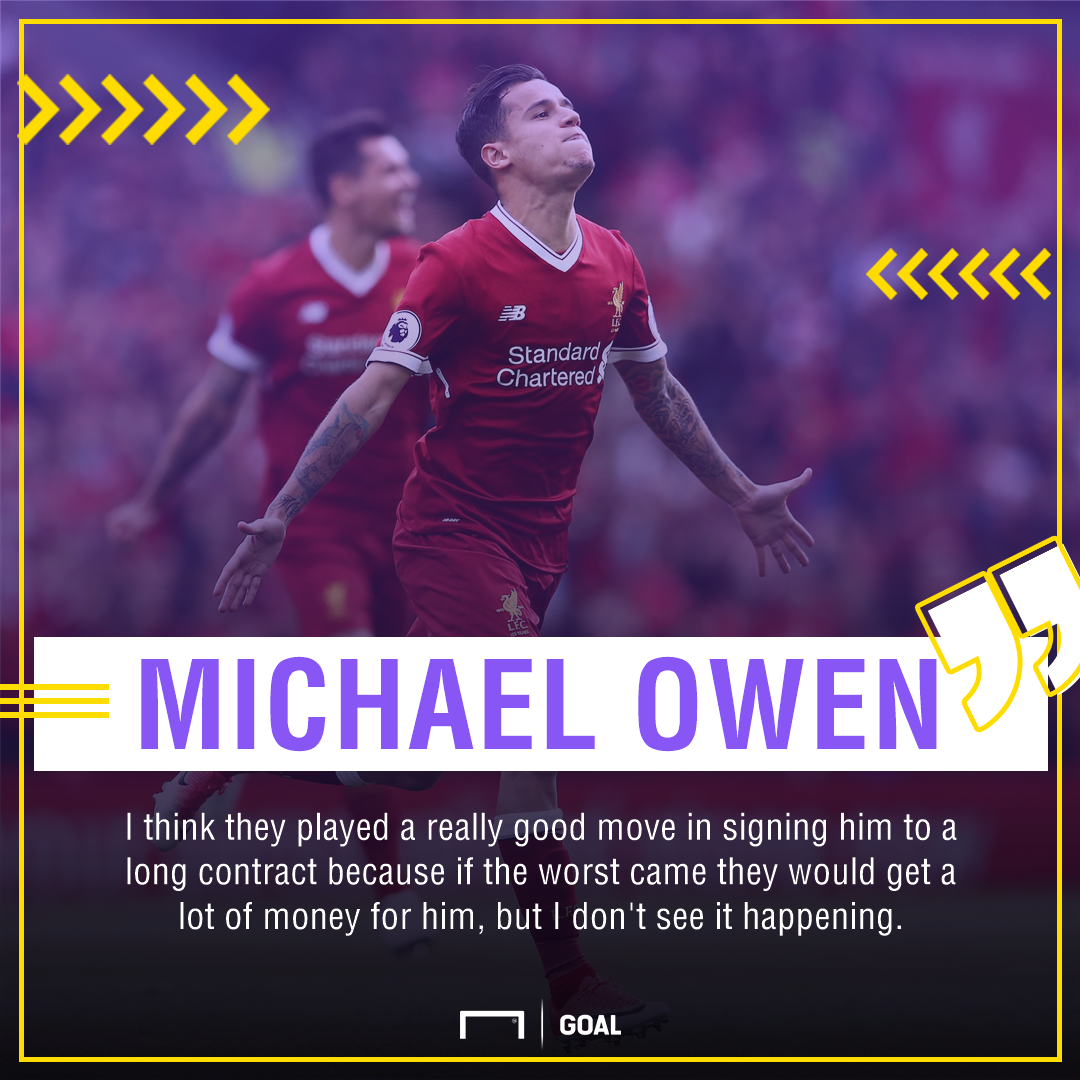 “But he was happy enough a short while ago to sign a long-term deal and since then the club have qualified for the Champions League and strengthened the team.

“I think they played a really good move in signing him to a long contract because if the worst came they would get a lot of money for him, but I don’t see it happening.

‘Liverpool can just say no to Barca’

“Other than Coutinho not being happy I can’t see how there is going to be a deal. It’s inevitable that a lot of good players want to ply their trade in Spain but the situation with the length of contract has to count for something.”

Owen, who now works as an international ambassador for Liverpool, also believes that a lack of activity on the recruitment front suggests that Jurgen Klopp is not worried about losing Coutinho.

Rather than looking at more forward-thinking talent, with Mohamed Salah already on board, much of the Reds’ attention over recent weeks has been focused on RB Leipzig midfielder Naby Keita and Southampton defender Virgil van Dijk.

Owen added: “Normally there’s a giveaway, a number ten bought just in case, but Liverpool seem to be looking at a centre-back and a defensive midfielder.

“Liverpool don’t need to sell and the noises out of the club are that they want to reinforce, grow the numbers to compete on all levels. This year they certainly seem to be in buying mode, not selling.”

Along with Salah, Liverpool have also brought in Dominic Solanke at the end of his contract at Chelsea and highly-rated defender Andrew Robertson from Hull City.

There is the promise of more to come as well, with Klopp insisting that he is “not afraid to spend” if the right players become available.