The Reds have had a mixed campaign, with alterations in the dugout – with Jurgen Klopp replacing the sacked Brendan Rodgers – as well as to the club’s playing style

In 103 days Liverpool have had two managers, six wins and seven 1-1 stalemates in a season of contrasts and change. The apathetic air during Brendan Rodgers’ last months on Merseyside was washed away by the enthusiasm over Jurgen Klopp’s appointment. The risk-averse approach at the start of the campaign has been swapped for fighting football. The Reds have not yet properly settled in to 2015-16, but there have been very encouraging signs under their German coach.

Defensive organisation has improved, along with attacking balance, industry and intensity but Liverpool still need to solve their goal-shy status, remedy their home form and eradicate their deficiencies at set-pieces.

Here, Goal takes a look at the best and worst of their campaign so far… 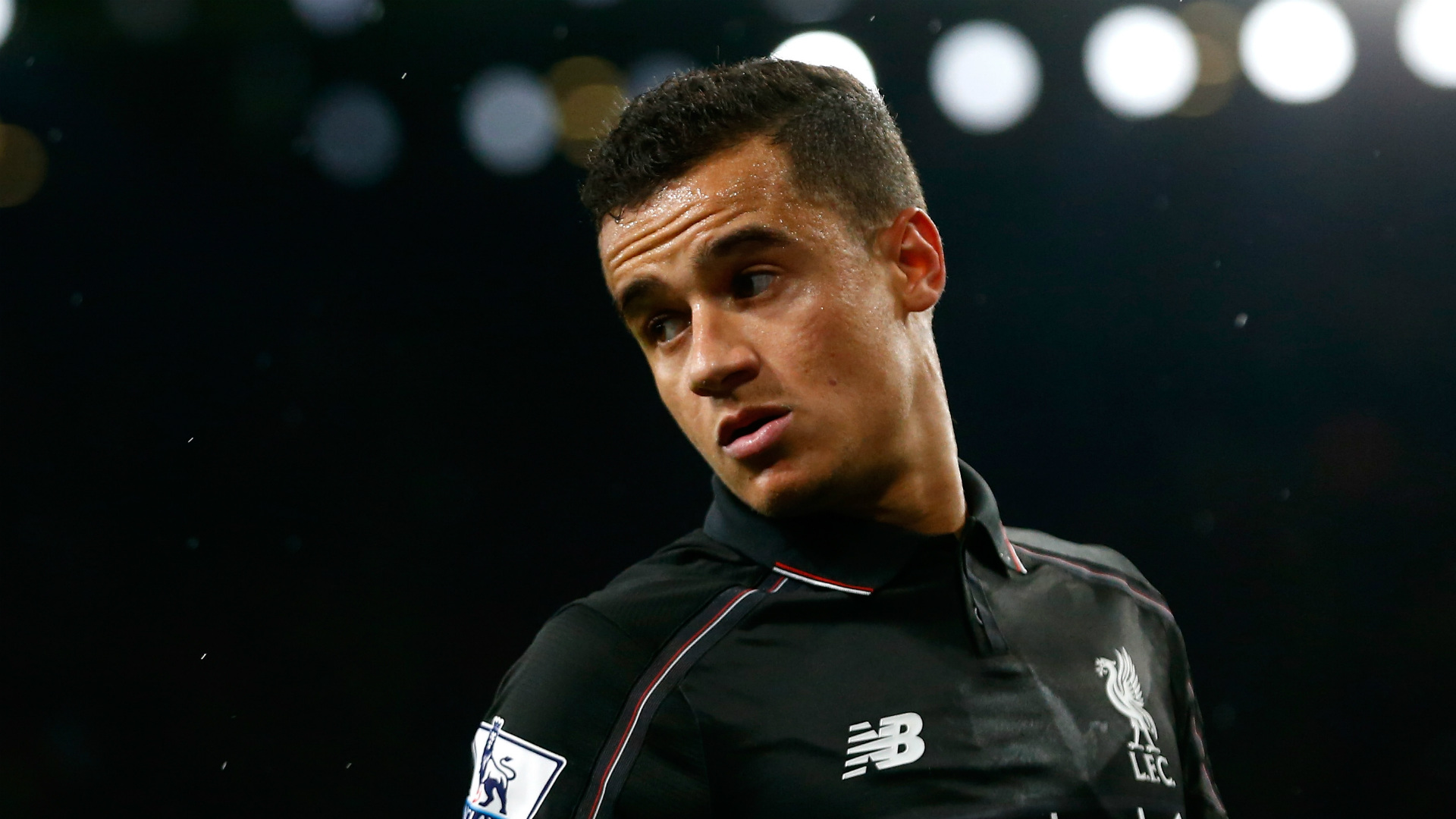 Philippe Coutinho has not yet attained the elevated level expected of him this season, but he is still Liverpool’s match winner.

The club have recorded two away victories at grounds they have not left happily in recent history – the Britannia Stadium and Stamford Bridge – with the Brazilian proving decisive on both occasions.

He is the joint-top scorer across all competitions with four strikes along with Christian Benteke, three of those coming in his last two starts. Coutinho has revealed he enjoys the “openness and freedom” afforded by Klopp, and believes the 48-year-old will improve his artistry.

Luis Suarez has referred to the 23-year-old as “the difference that makes Liverpool,” while Steven Gerrard labelled him “wonderfully gifted”, expecting him to become the club’s “leading player.” Even when not fully in his stride, Coutinho has demonstrated that they’re both right.

THE PLAYER WHO HAS SURPRISED US ALL 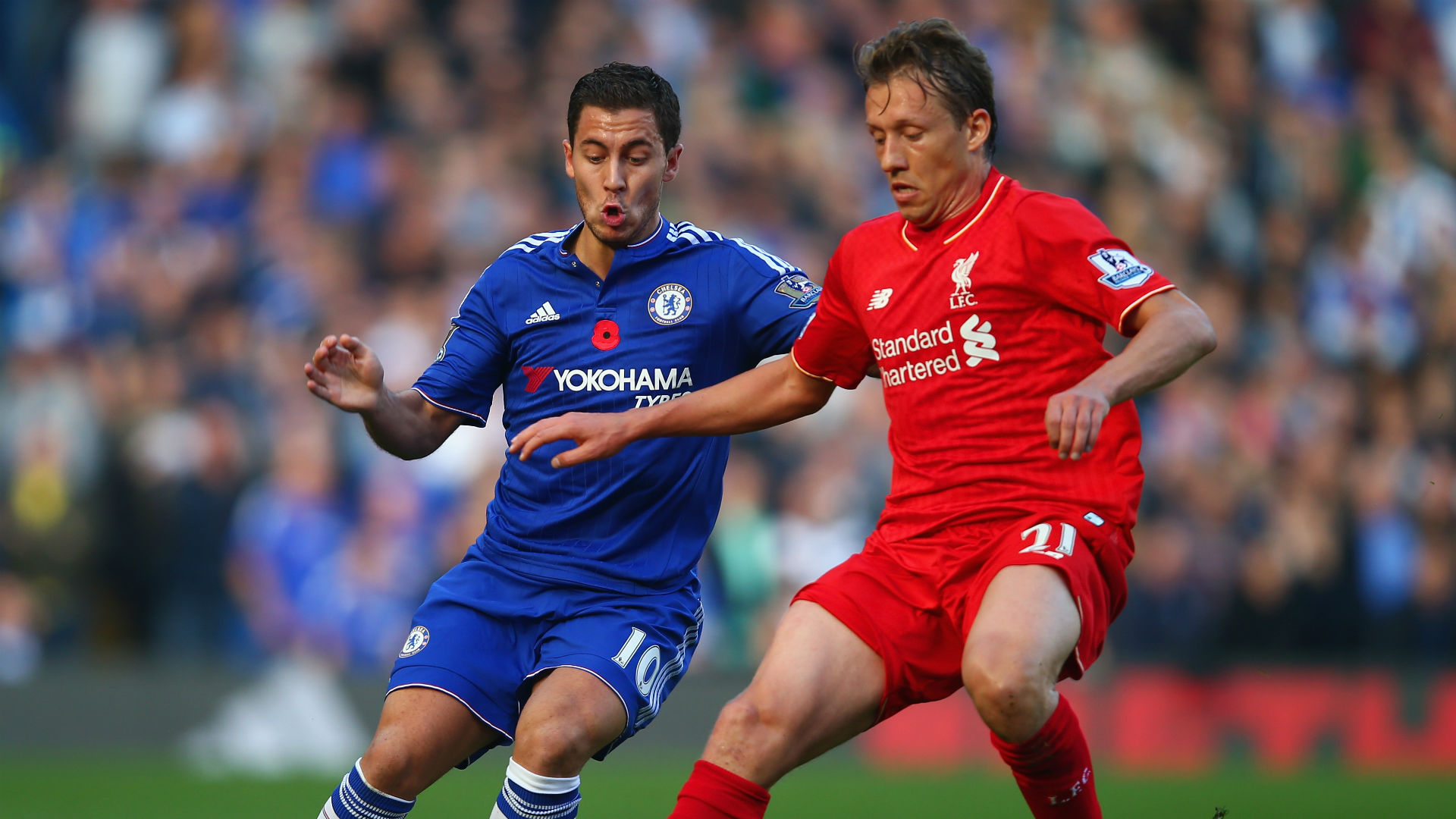 Countless question marks have sprung up during Lucas Leiva’s Liverpool career, and the defensive midfielder answers eloquently each time.

In the summer, his future seemed certain to lie away from Melwood, having been told he had fallen further down the selection hierachy. The club’s longest-serving current player refused to settle for a bit-part role and considered his options, with a move to Besiktas mooted.

Lucas was left out of the squad altogether for the opening games against Stoke City and Bournemouth, but he was recalled against Arsenal and put in a solid showing. Being back in the fold convinced the 28-year-old to spurn any advances for his signature.

“Of course there are times when you think you might have to move on and I was very close to moving but one thing I will always have is commitment to this club,” he explained. “I’ve been here so long and I always said if I had the choice to be here and be happy, I would always choose Liverpool.

“When your future is in doubt, you might have to think of another solution, but I’m happy that it didn’t happen and I’m here to fight for the club as I have been doing for eight years. I’m just looking forward to a good season and putting Liverpool back where it belongs. I have this chance to say I’m fully committed.”

Under Klopp, Lucas has delivered some stately displays, especially considering the Brazilian was touted to struggle with the manager’s ‘fighting football.’ He has not only been defensively sharp, he has been more involved in instigating attacks too. Lucas has started every Premier League game overseen by Klopp and has been brought off the bench in each of the cup games he’s been rested for. He is also the Premier League’s best tackler this season. 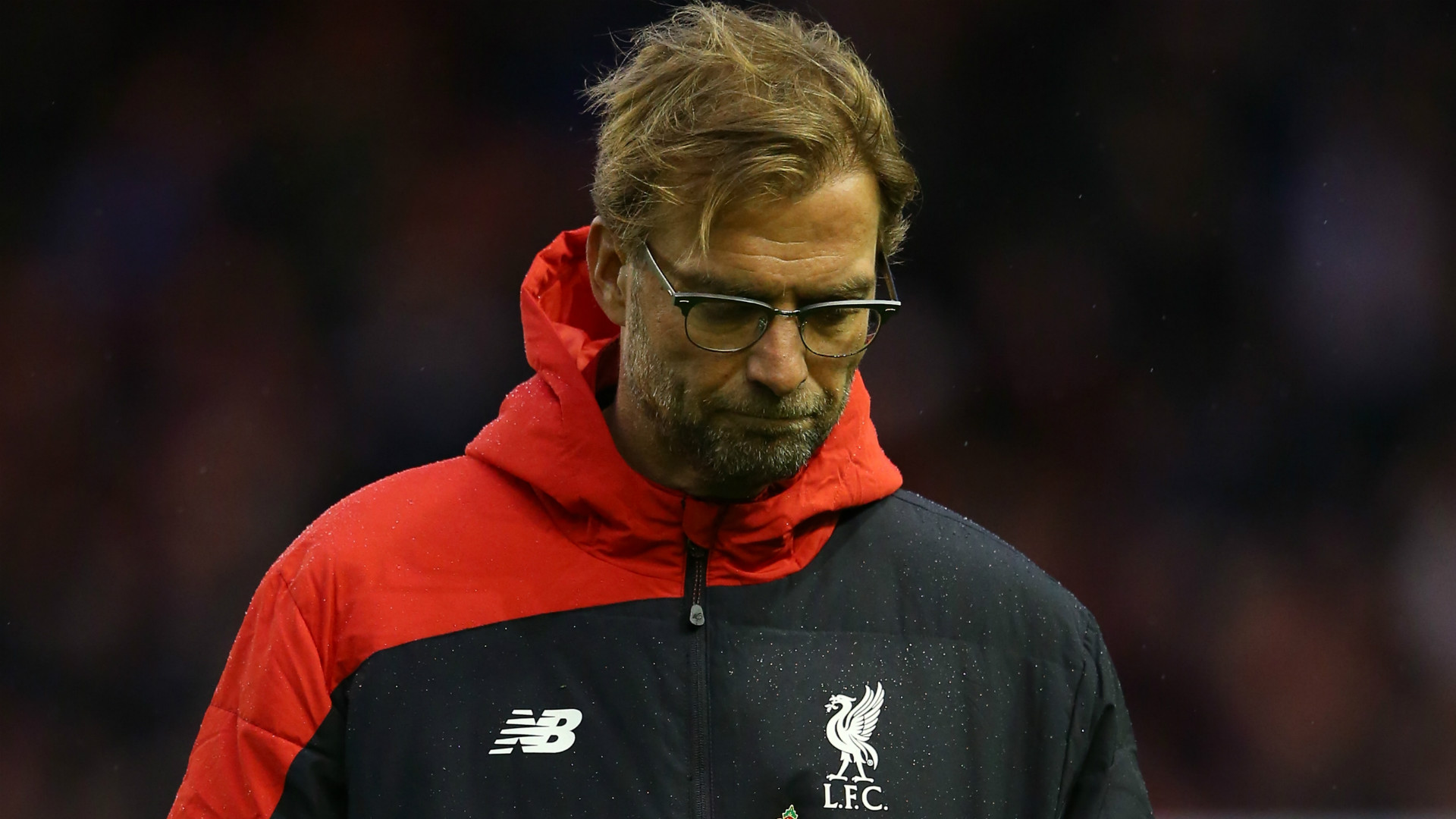 While the consecutive defeats to West Ham and Manchester United were deplorable, they did not sting as much as the loss to Crystal Palace – Klopp’s first in seven matches as Liverpool manager.

The club had been on a run of three wins on the spin, and to mark the German’s opening month in charge, that was meant to be extended against the Eagles.

However, as they have so often done in recent history, Palace put an end to any partying on L4. Steven Gerrard watched the 2-1 ousting from the directors’ box in the Main Stand; it was the first time the former skipper returned to Anfield since his farewell in May, when the Londoners were again the visitors and the victors.

It was disappointing for Liverpool to be floored by yet another set-piece, and the exodus of home fans after Scott Dann’s winner on 82 minutes left Klopp feeling “pretty alone at this moment.” The Reds were out to build on their 3-1 triumph over Chelsea and remedy their home form, yet they were left digesting the first beating under the new boss. 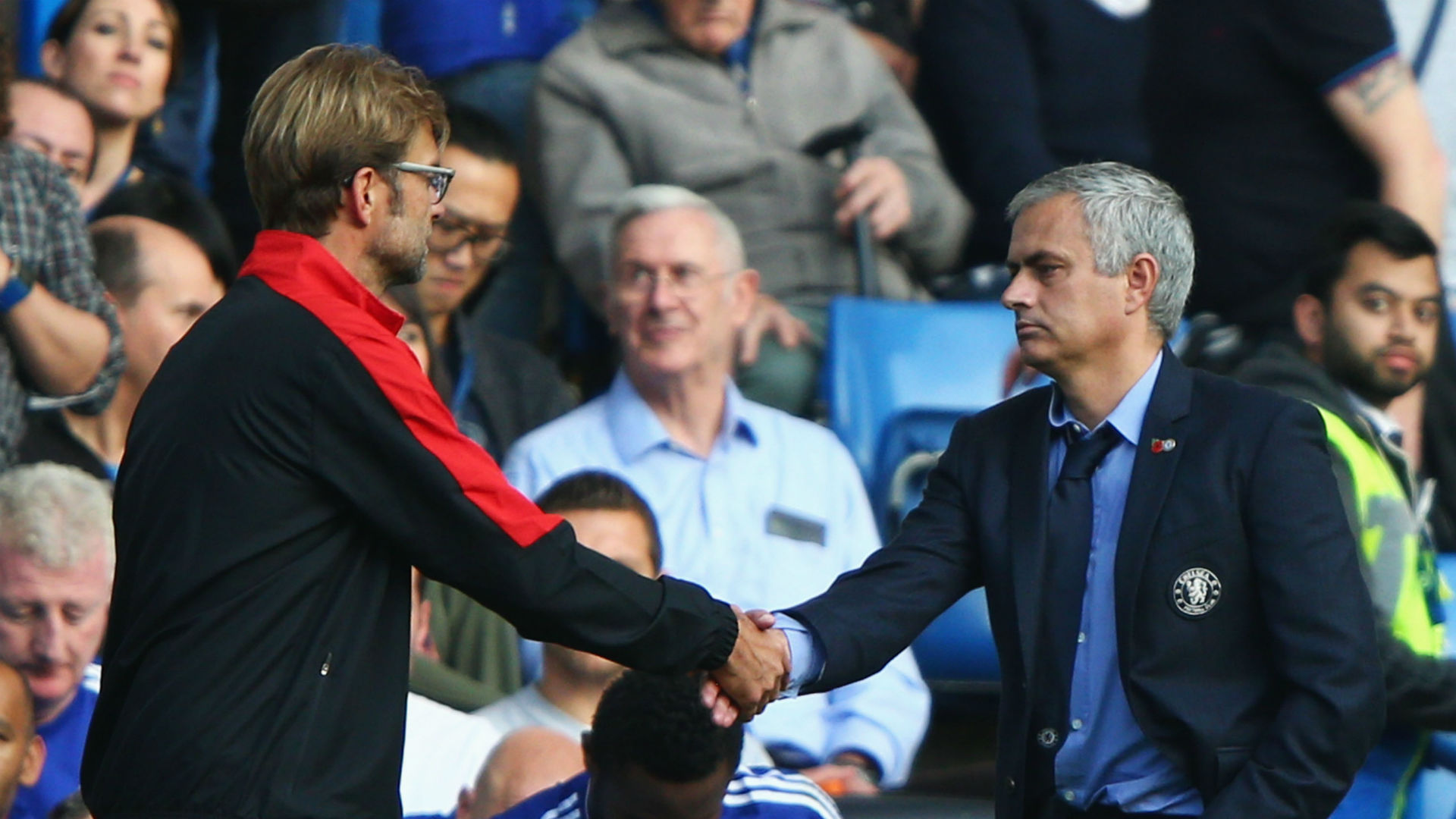 That scenario was both unexpected and euphoric as Klopp celebrated his first Premier League victory while Jose Mourinho had to tolerate yet another failure this season.

The performance from the Merseysiders was combative and committed, with the club recovering to win a game after going behind for the first time in 11 months.

Coutinho was also back sprinkling his gold dust on proceedings, while the manager did his trademark run, leap and air punch at the final whistle.

It took nine attempts for the Reds to get the better of Chelsea and it was the only time they have netted more than twice at the venue since December 1989. 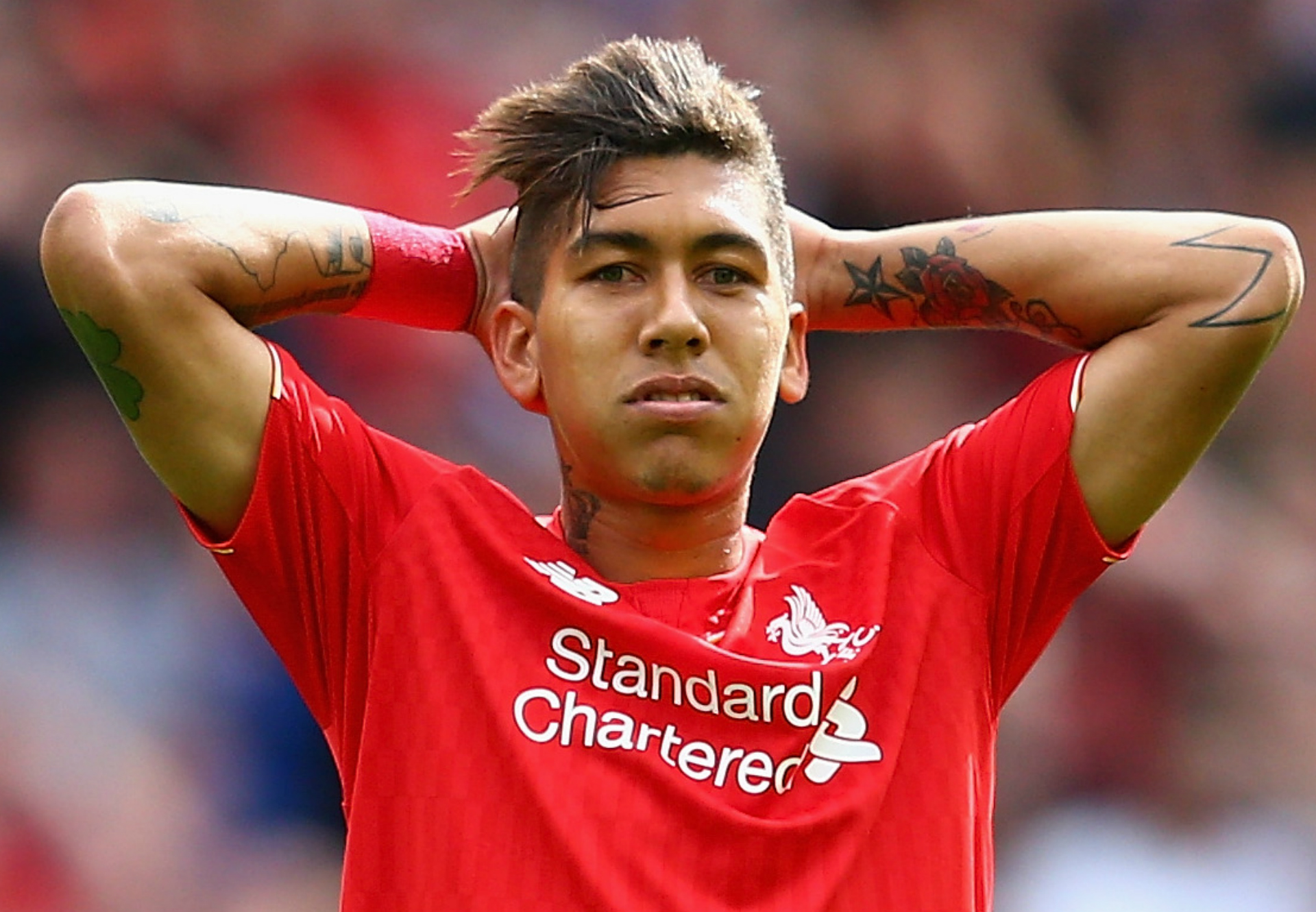 Roberto Firmino has only showed shades of his quality thus far, but Klopp is a big admirer of the summer recruit from Hoffenheim, whom he admitted was “the best player in the Bundesliga” for a spell last season.

The Brazilian’s intelligent interceptions and his purposeful forays forward perfectly fit the “full-throttle” football Liverpool now swear by. His start on Merseyside has been slow, but Klopp predicts it will pick up pace – quick.