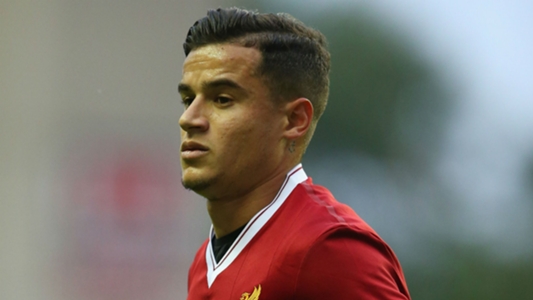 Jurgen Klopp kept fans guessing over Philippe Coutinho’s prospects of Champions League involvement for Liverpool against Sevilla, but confirmed Loris Karius will get the nod in goal.

Coutinho was left out of Liverpool’s squad for Saturday’s 5-0 Premier League thrashing at Manchester City, agreeing with manager Klopp that he needed to do work to build his fitness after his absence over the opening weeks of the season.

Back injuries and illness were cited as the reasons for the Brazil international’s absence against the backdrop of a transfer request and a succession of bids from Barcelona that Liverpool rebuffed.

Klopp told a pre-match news conference the playmaker is fit to feature at Anfield on Wednesday but refused to venture any further.

“I could give you an idea at this stage,” he said. “But I’m sure Liverpool supporters around the world are ready to wait another 24 hours.

“He is fit, he is healthy. All the information about the line-up you will have to wait until tomorrow. But he is here.”

Klopp was more willing to discuss the goalkeeping position, where Karius will step in for regular first-choice keeper Simon Mignolet.

“What I can say is, if nothing happens overnight, Loris Karius will play – that’s true,” he said, before adding Mohamed Salah will be assessed after being excused from training on Tuesday due to illness.

“He was in and the doctor told me Mo Salah can train, but what would be best for him is if he doesn’t have to,” he explained.

“He has a little bit of a sore throat. It shouldn’t be that serious [but] he can’t spread the virus if there is one.

“At this moment we expect him back in the morning for normal training.”