The 23-year-old was central to everything good about the Reds against title-chasing Tottenham at Anfield, with Jurgen Klopp calling him a “genius player”

At Anfield on Saturday evening, he proved he didn’t need hired help to conjure up something special in the 1-1 draw with Tottenham. The Brazilian, scorer of the sublime opening goal, was central to everything Liverpool looked to do. This despite only returning to Melwood from international duty on Thursday.

When Jurgen Klopp’s side pressed, he was present. When they looked for a telling pass, he was the one the team turned to. And when the home fans needed encouragement, it was the Brazilian who provided it as they reciprocated and chanted his name. 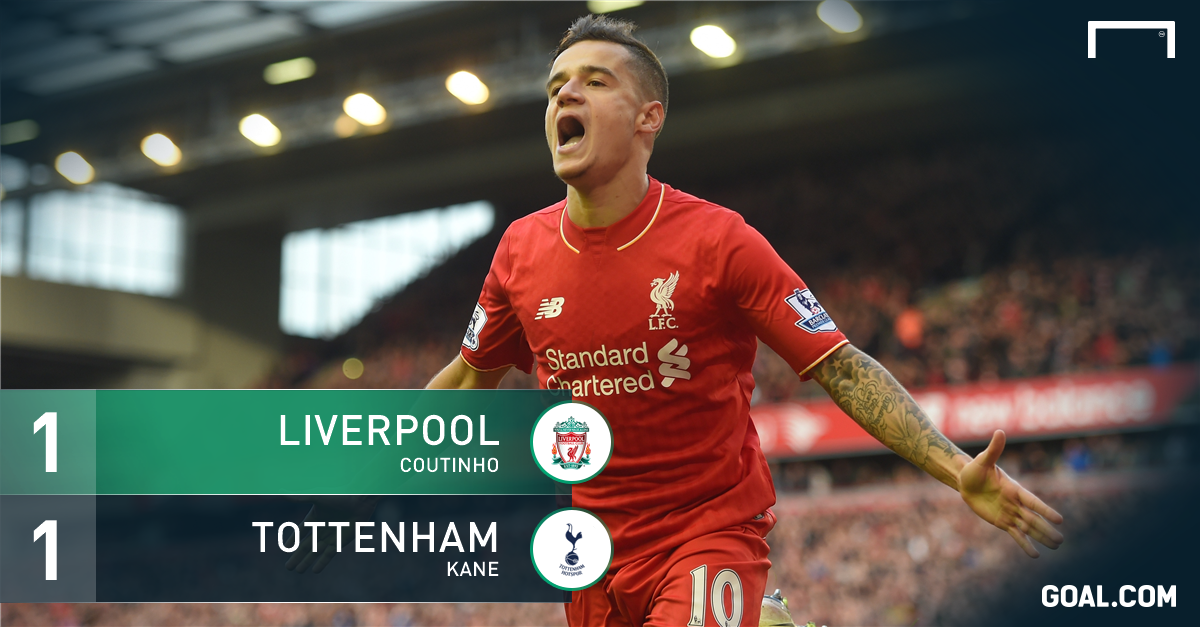 Coutinho popped up in pockets of space, and even when Spurs tried to put him under pressure, he seemed to make their hassling disappear. On 51 minutes, he picked up the ball about 30 yards from goal, exchanged a one-two with Daniel Sturridge and deftly finished to fire Liverpool ahead.

Harry Kane’s equaliser and Christian Eriksen’s effort in the build-up was as brilliant, but it was Coutinho who looked most likely to force the winner.

The 23-year-old is Liverpool’s top scorer this season and is nowhere close to his ceiling. He has hit double figures for the first time in his career, which include goals against both Manchester clubs and Chelsea.

When Klopp’s reconstruction gets underway in the summer, building around Coutinho should be paramount to the German’s plans. 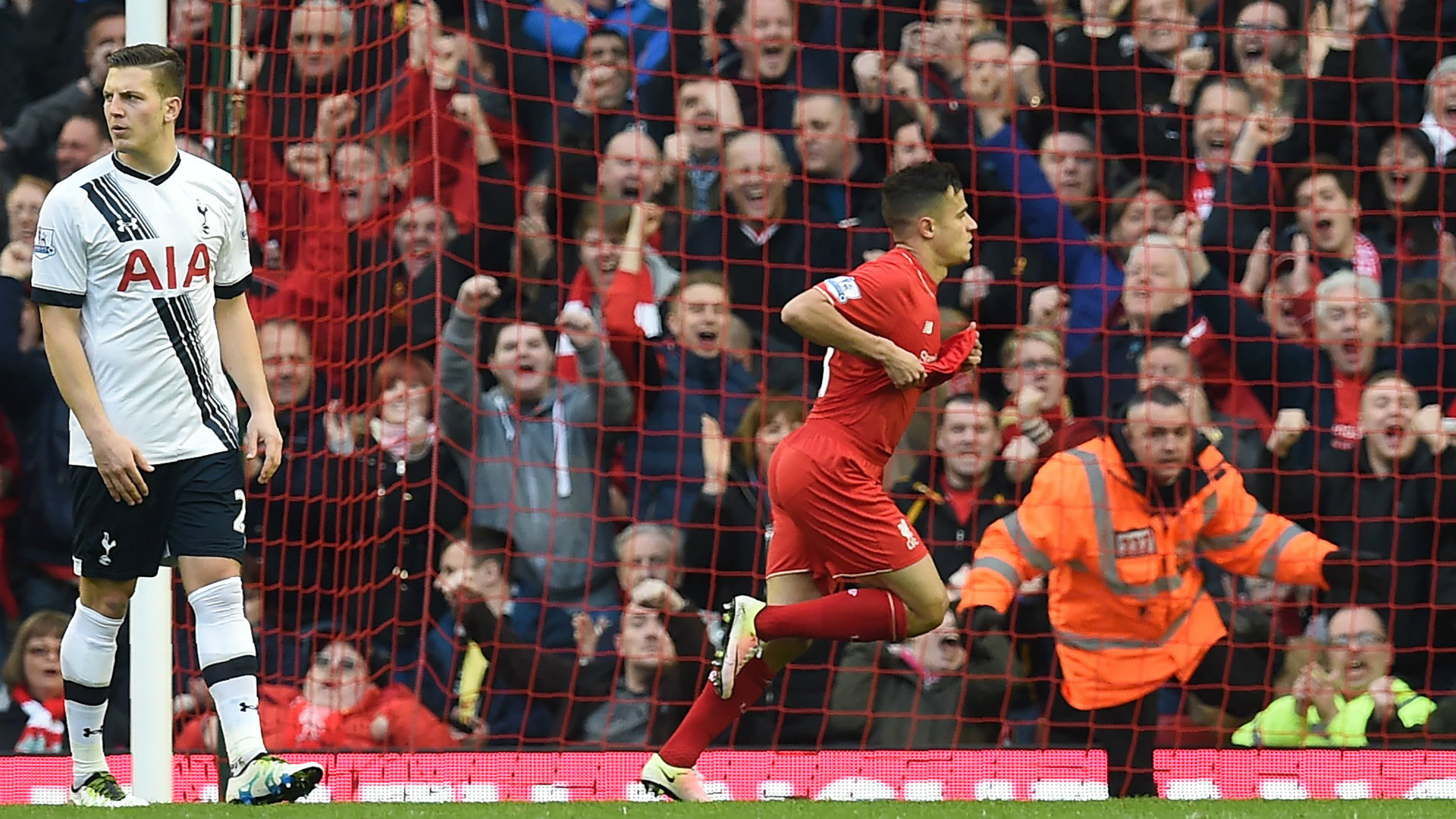 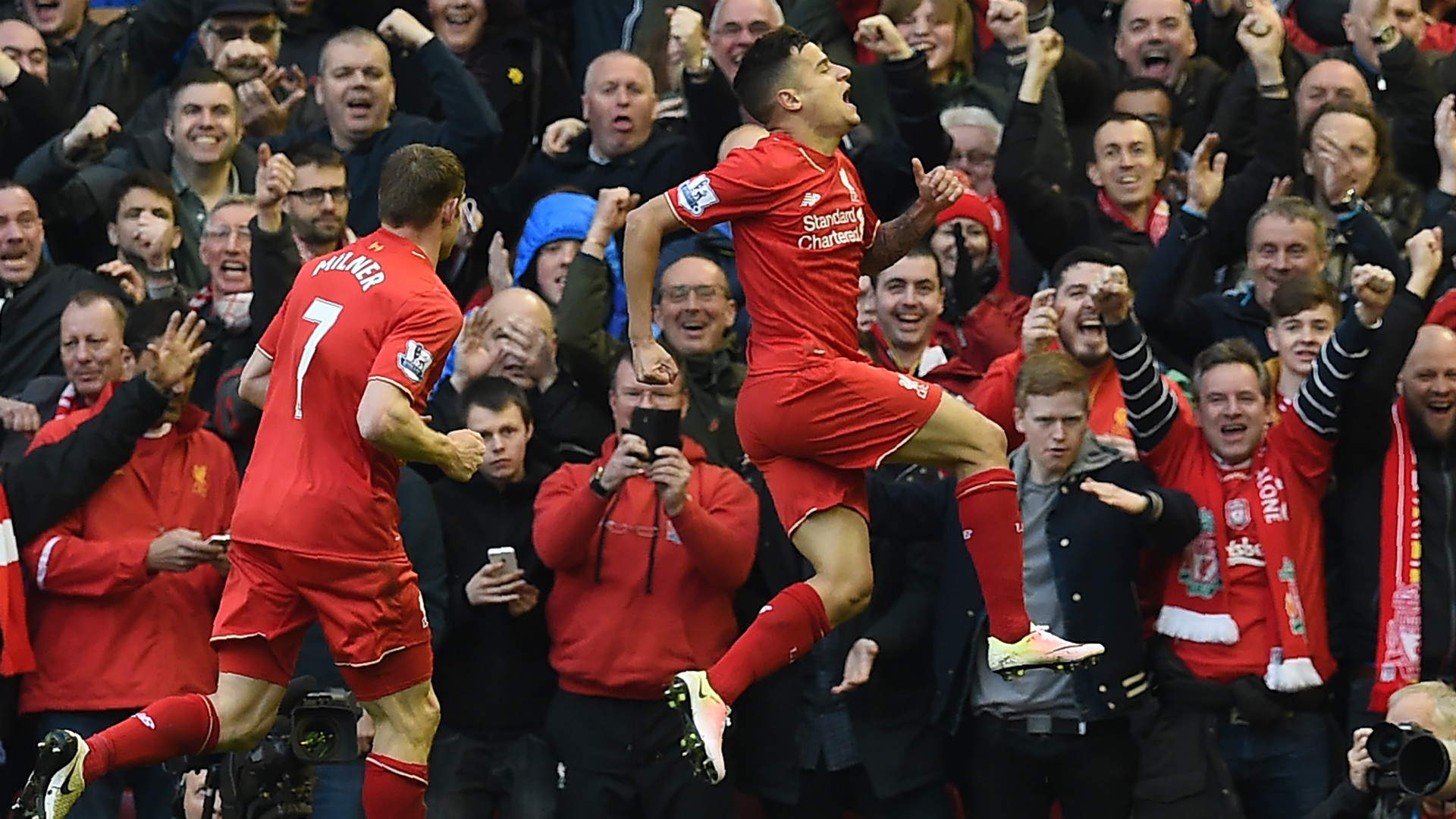 Ahead of kick-off on Saturday, 17 points separated Liverpool and Tottenham, but that was not evident on the pitch. Just as was the case in the goalless draw at White Hart Lane in October, during Klopp’s first match in charge, there was not much between the teams at Anfield.

Liverpool edged shots on target and tackles, Spurs had the better possession and passing figures. Both forced the other into errors and both goalkeepers pulled off impressive saves.

Encouragingly for the hosts, Tottenham are title contenders and yet, the difference between the sides is not as staggering as the league table suggests. The north Londoners have the two things Liverpool have lacked most: consistency and a formidable goalscorer with no fitness issues.

But with quality recruits, a full pre-season, and time under Klopp, the Reds are most certainly “in a good way” to borrow the manager’s words.

It also helps that they already have a magician to count on.