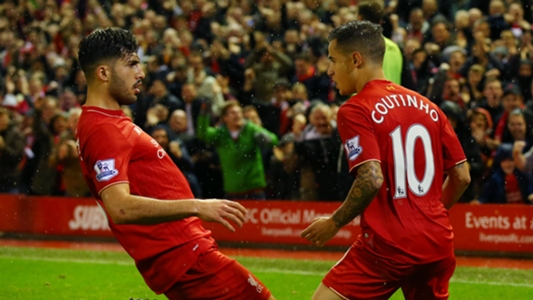 Emre Can believes Philippe Coutinho is one of the best players in the world but is adamant the Liverpool dressing room cannot be concerned by the prospect of the Brazil playmaker joining Barcelona.

Coutinho submitted a transfer request to Liverpool last week after the Premier League club’s owners, Fenway Sports Group, announced they would not consider any offers for the 25-year-old amid reports of Barca having bids rejected.

Emre Can 12/1 to score first against Palace

A back problem ruled him out of Liverpool’s 2-1 Champions League play-off win at Hoffenheim on Tuesday – a fixture Germany international Can insisted Jurgen Klopp’s squad were completely focused upon.

“I think it’s no problem for us because nobody speaks in the team about that,” Can told reporters when asked about the Coutinho situation.

“Of course, if Philippe stays with us everybody is happy – in my eyes, he’s one of the best players in the world.

“But if he goes, if he wants to go then everyone will wish him the best and we have to go again.”

Coutinho won Liverpool’s fans and players’ player of the year awards in 2014-15 and 2015-16 and scored 13 times in 31 Premier League appearances for the Reds last season.