The Brazilian has emerged as a key performer at Anfield, with his attributes on and off the field considered to be crucial to the collective cause

Philippe Coutinho is a “genius” and Liverpool’s “jewel in the crown”, according to club legend Craig Johnston.

The Reds have seen the Brazilian playmaker mature into a talismanic presence at Anfield.

His ability has never been in question, but he is now an on-field leader and a calming presence away from the pitch.

No Liverpool bid for Arsenal’s Ox

Johnston considers him to be among the best in the business and a vital part of Jurgen Klopp’s plans, amid ongoing talk of interest from the likes of Barcelona.

The former Reds midfielder, who won five First Division titles and the European Cup during his playing days, told the club’s official website: “Philippe Coutinho is an absolute jewel in the crown.

“Not only does he have the clever bits, the genius, but he has the running mentality – he keeps running and keeps running.

“He’s the best of both worlds. This boy is so nice off the field as well, I met him in America when Brazil were playing. 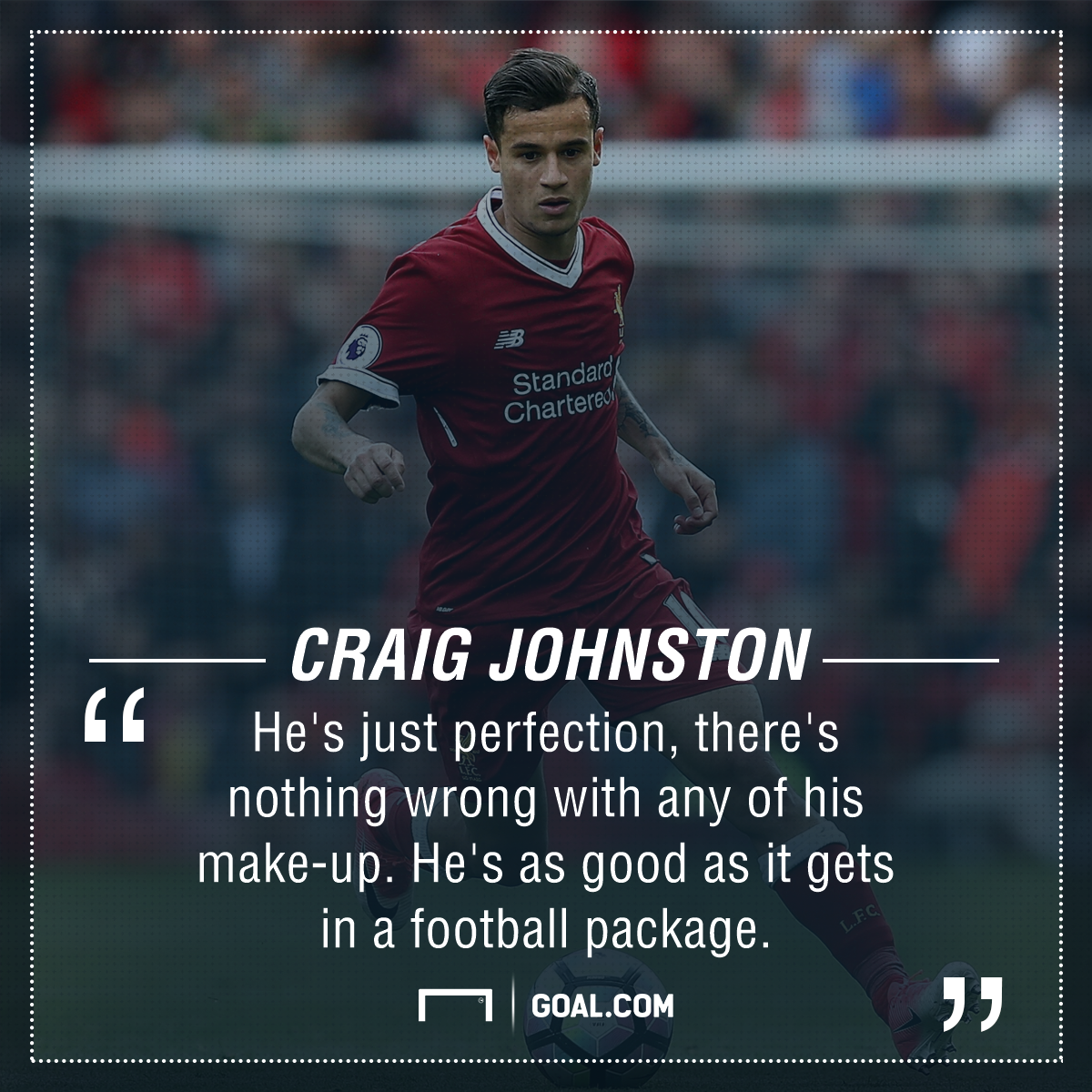 “He’s just perfection, there’s nothing wrong with any of his make-up. He’s as good as it gets in a football package [because of] his mentality as well.”

Coutinho contributed 13 goals to Liverpool’s Premier League cause in 2016-17, helping them to a top-four finish.

They are now preparing for a return to Champions League competition, with Johnston seeing plenty of cause for optimism under Klopp.

He added: “I thought it was a really good season for us.

“Jurgen Klopp took a couple of seasons at Dortmund, they finished fifth and sixth, and then they obviously won the league a couple of times after that.”