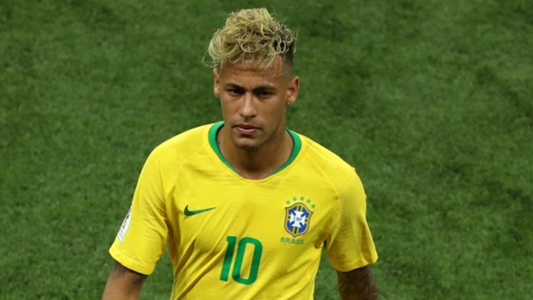 Neymar and Brazil will have to get used to World Cup opponents trying to break up their attacking rhythm with tactical fouls, says Philippe Coutinho.

The Barcelona playmaker scored a superb opener but Brazil were pegged back by Switzerland their World Cup opener, as Steven Zuber headed in from a corner to earn a 1-1 draw on Sunday.

Neymar was fouled 10 times during the game – more than any player in a World Cup game since 1998 – with three Switzerland players booked for bringing down the Paris Saint-Germain star.

The world’s most expensive player appeared to be limping on several occasions during the second half, with rips in his socks clearly visible, but Coutinho insists Neymar has shrugged off Switzerland’s aggressive tactics.

“Yes, Switzerland hit us a lot… but all matches will be like this, I guess,” Coutinho told reporters.

“We’re talking about a World Cup so everybody will try to defend their game.

“Neymar is okay, of course. But, as you can see during the match, sometimes the opponents make turns to foul and in many passes when it’s not necessary to foul, you have it and the match gets paralysed – but that’s how it is.

“All matches will be like this and we have to live with that.”

Coutinho, though, is not worried about the chances of one of the pre-tournament favourites suffering a surprise early exit.

“Every game is important,” the former Liverpool star said.

“When you talk about national squad and the World Cup, it’s obvious that, if we want to get through it, we’ll have to get the points – and we have to get it at the next games.”