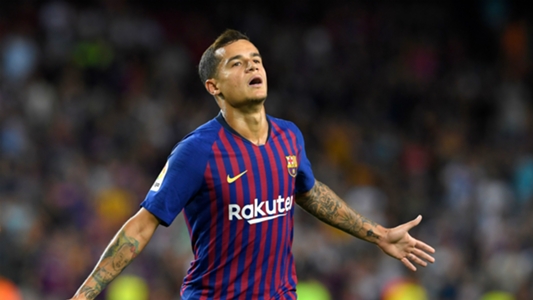 Philippe Coutinho said it was hard to explain why Lionel Messi and Barcelona had not won the Champions League more often in recent seasons.

Messi, 31, is a four-time winner of Europe’s premier club competition, but the last of those successes came in 2015.

Barca have been eliminated in the quarter-finals of the Champions League in the past three seasons.

While last season saw Barcelona dominate La Liga, the Champions League proved a different story as Roma fought back from a 4-1 first-leg deficit to stun the Catalan club and advance on away goals after a 3-0 victory in the return leg.

Coutinho, who had made a January switch to Barca, was unable to take part in the proceedings after being cap-tied to Liverpool earlier in the compeitition, a rule that has since been changed.

Asked why Barca, with one of the all-time greats in Messi in their side, had struggled for success in the competition in recent seasons, Coutinho said that was tough to explain.

“I guess there’s no explanation to that. Such as all of us he is aiming so much to win big things and the Champions League is one of them.”

Coutinho will make his first appearance in the Champions League for Barcelona on Tuesday when the Catalan club hosts the Eredivisie champions in their Group B opener.