The 24-year-old has missed three games through injury, but does not want to be sidelined when Pep Guardiola’s side visit Anfield on December 31

Klopp: We have our eyes open in the transfer market

The Brazilian is now able to walk without crutches after having to be stretchered off in the 2-0 win over Sunderland on November 26. 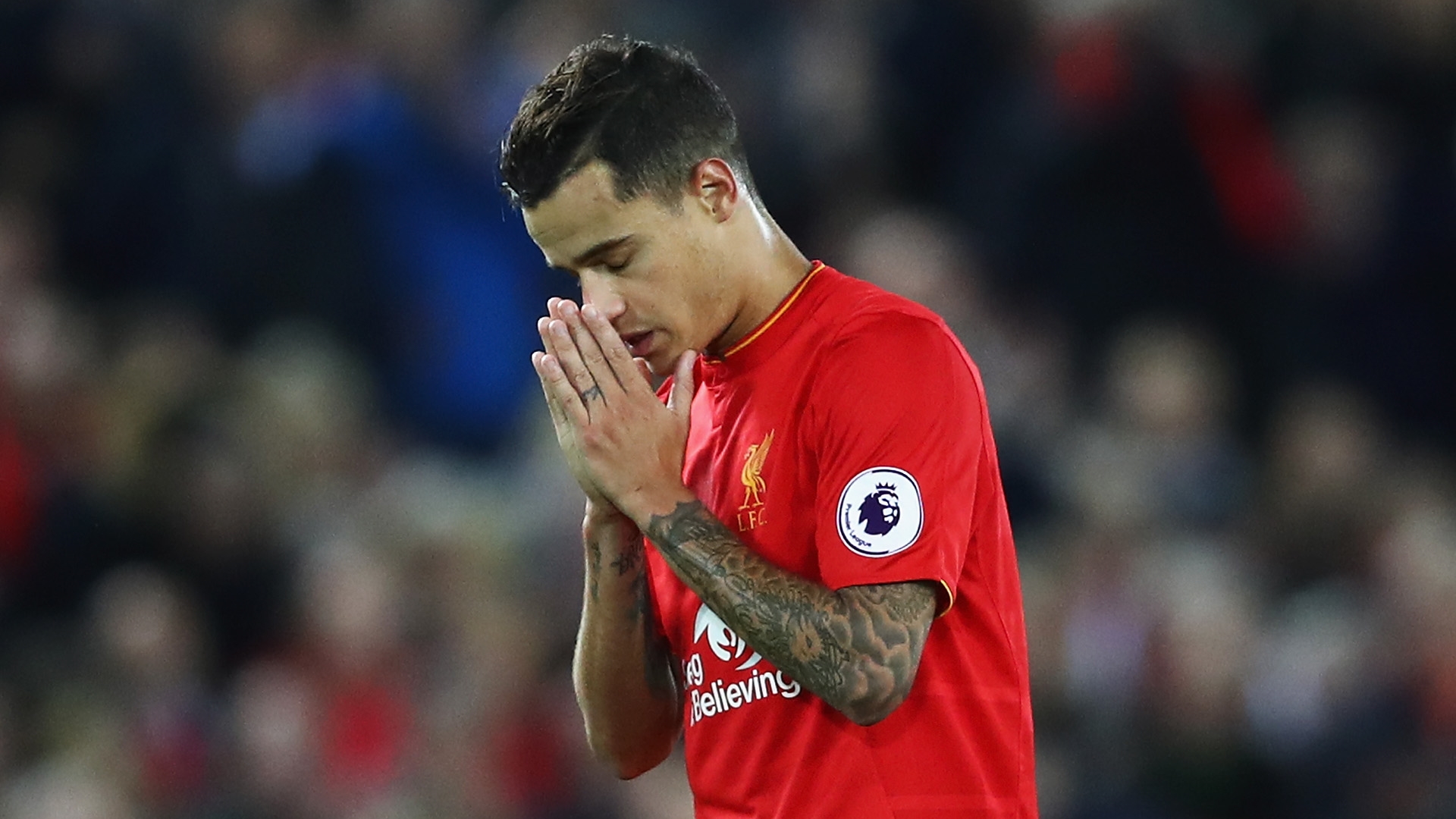 He has missed three games, with the Reds ousting Leeds United in the the League Cup, before losing 4-3 to Bournemouth in the top-flight and then settling for a point against West Ham in a 2-2 draw on Sunday.

Coutinho is due to sit out three more fixtures – Wednesday’s trip to Middlesbrough, next week’s Merseyside Derby at Everton and Stoke’s visit to Anfield on 27 December.

The 24-year-old has optimistically circled the 31st as his return date, which will not be welcome news for Pep Guardiola’s side given the Brazil international’s stellar record against City.

Five of his 34 Liverpool goals have come against them, the most he has managed over any opponents.

“This is still my hope – to return for this game,” Coutinho told Liverpool’s official website.

“The rehab is going really well. I can now walk without crutches and I am working well with the medical team. So I’m pleased with how I am recovering.

“Straight after the game, when I first saw the pictures and videos of my injury, I was a little scared.

Meanwhile, Emre Can is expected to be fit for the Goodison showdown next Monday after sustaining a knock to his knee.

On the midfielder’s injury, Klopp explained: “Emre was a challenge with Divock [Origi] in training, knee on knee. Both trained on and both could do the rest of the training, but Emre had a little bit more pain so we looked a little bit more exact on it and how I said yesterday, I never heard about this ligament, but it’s a little bit damaged.

“He’s already on a good way and I’m not sure – he’s in doubt for Wednesday, but I think for Everton he will be back for sure. It would be cool if he could train tomorrow, we will see. It’s painful, not really more.” 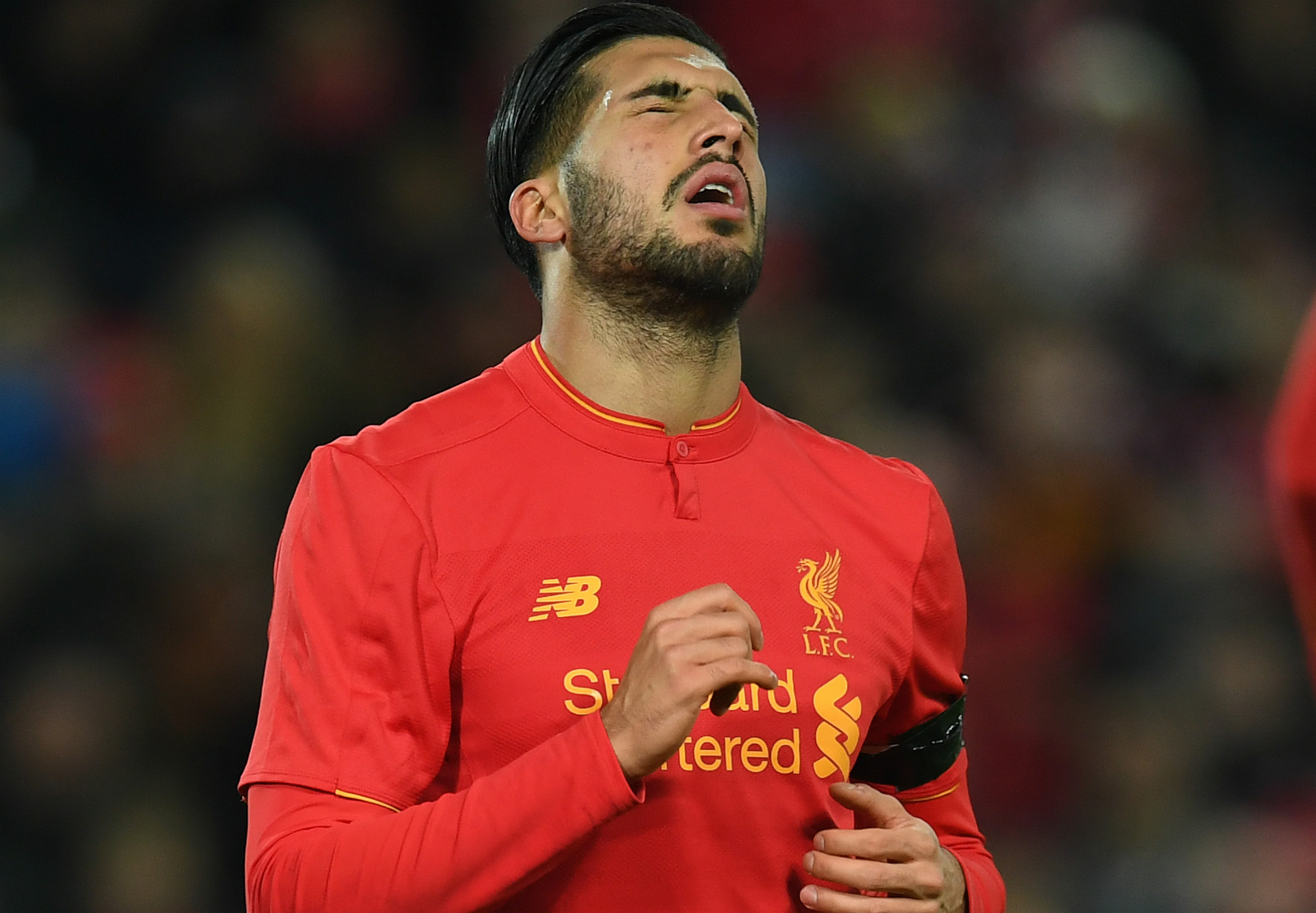 Klopp is hoping Dejan Lovren’s problem is nothing beyond cramp in the hamstring area after the centre-back was substituted at half-time against the Hammers.

“It was cramp. He told me he wanted to play and I told him I want to play too, but since 20 years I can’t!,” the Reds boss said.

“It’s not about what you want, it’s about what is possible and we made the decision together it’s better to take him off, but we don’t know more about it in the moment.”

The manager also confirmed Marko Grujic’s absence has been an enforced one.

“It’s kind of where the tendon goes over the muscle, so it is a little tendon injury,” he said.

“They told me it was round about three weeks, so he is already on the way back, but not back.

“When it happened, he trained normally and then afterwards he felt it a little bit. That was the diagnosis and since then he has been out.”