Football returned to Camp Nou on Saturday, but a fair few Barcelona fans were not in the mood. With the disappointment of their team’s European exit away to Roma on Tuesday still fresh in the memory and rain ahead of kick-off, many supporters stayed away.

The official crowd of 69,544 was not a bad one, but still fairly low considering this was a meeting between first and third in La Liga, with Barca remaining on course for a domestic double and also unbeaten in the Primera Division this term.

The last time those fans had been at Camp Nou, it was to see their team thrash Roma 4-1 in the sides’ Champions League quarter-final first leg clash 10 days ago and, even though that scoreline flattered the Blaugrana, it had looked easily good enough to secure a semi-final spot.

But the subsequent collapse at the Stadio Olimpico, where Barca lost 3-0 on Tuesday to crash out of the continental competition on away goals, had clearly dampened the spirits of many ahead of this weekend’s league game.

By the end of the match, however, those supporters were enjoying themselves again as Ernesto Valverde’s side held off a strong Valencia side to win 2-1. And the performance of Philippe Coutinho in particular will make them wonder just what might have been in Europe.

Coutinho was signed from Liverpool in January for an initial €120 million but, having turned out for the Reds earlier on in the Champions League, he was cup-tied for Barcelona’s games in the continental competition.

Ironically, that rule will be scrapped ahead of next season’s tournament, but that did not help Barca this time and Coutinho showed versus Valencia that he could have been extremely useful in the games against Roma.

The 25-year-old linked up well between the lines and it was his exquisite defence-splitting pass that set up Luis Suarez for Barca’s opening goal after 15 minutes. 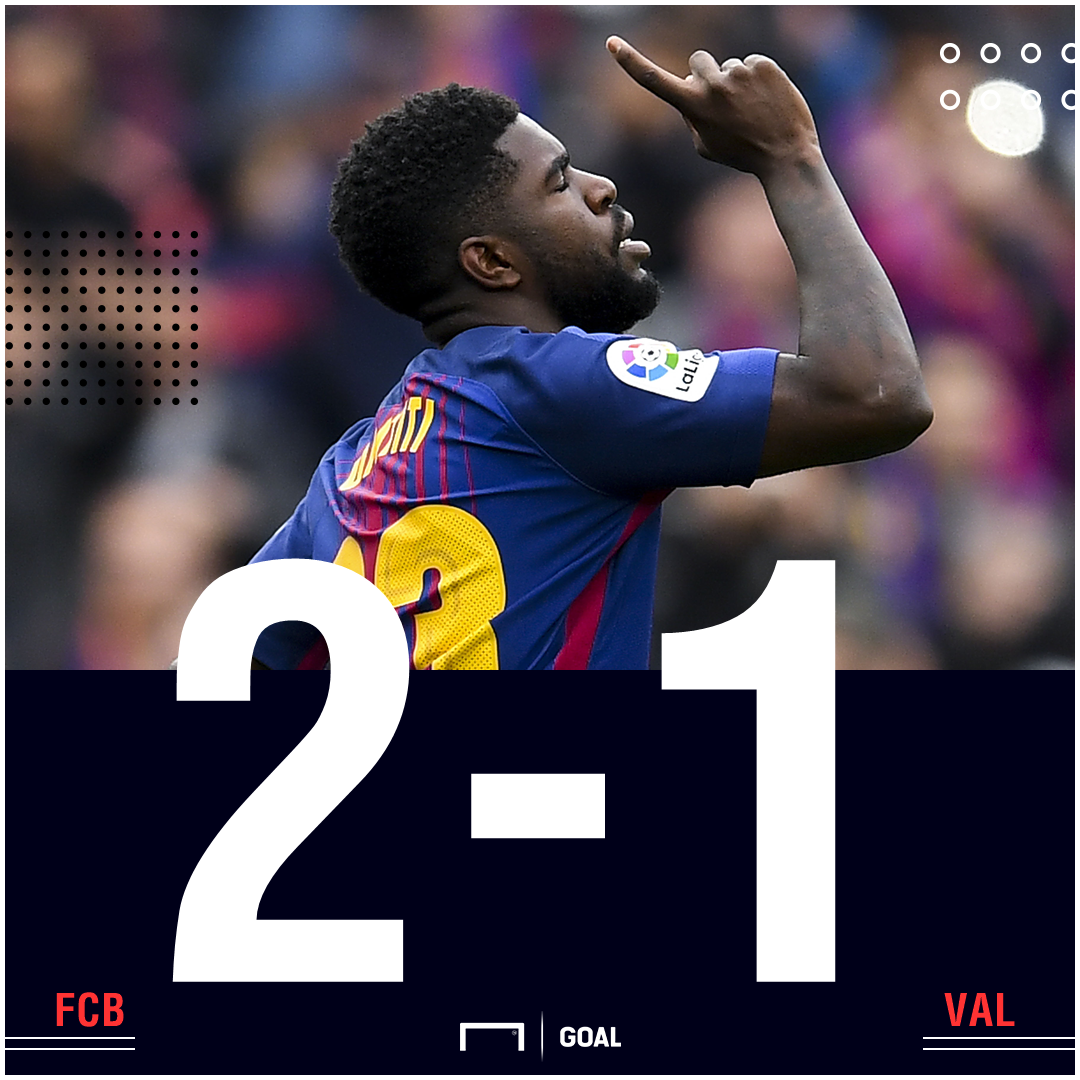 And early in the second half, it was Coutinho’s corner that found Samuel Umtiti, the France defender heading home to double Barca’s lead after it looked as if Valencia might find a way back into the game.

The visitors did pull a goal back late on as Dani Parejo’s penalty slipped under the body of Marc-Andre ter Stegen, but Valverde’s men held on for a win which sees Barca set a new record of unbeaten games in La Liga (39 across this season and the end of last term, beating the previous mark of Real Sociedad in 1979-80).

Coutinho played a big part in that and the Brazilian was given an ovation as he was replaced by Ousmane Dembele with 11 minutes left, with Barca then still two goals ahead.

His link-up play, vision, width and range of passing would have been useful for a Blaugrana bereft of ideas and inspiration on Tuesday in Rome and he certainly showed the fans what they had been missing with this performance.

Still, at least it was something to celebrate for those supporters after all the doom and gloom of the Roma loss and although it is too late for the Champions League this time around, one positive is that Valverde can now pick Coutinho whenever he wants.