Leicester City manager Brendan Rodgers is keen to work with Barcelona flop Philippe Coutinho again, but recognises that a deal is unlikely to materialise.

Coutinho enjoyed a successful spell at Liverpool alongside the Northern Irishman, pushing the Reds to the brink of a maiden Premier League title during the 2013/14 campaign, only for a late slip up against Crystal Palace to hand Manchester City the title. 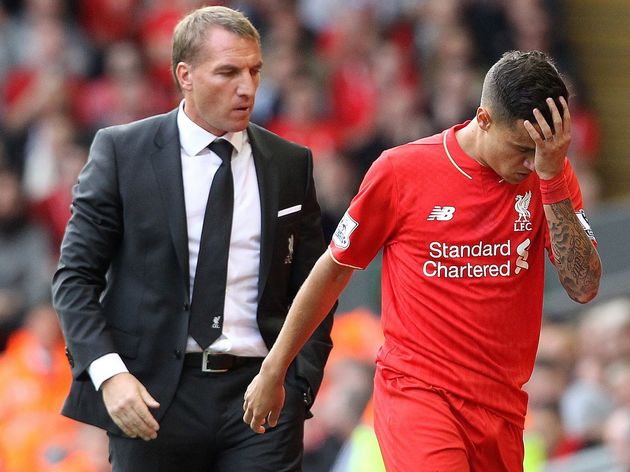 Rodgers has gone on to enjoy a successful spell at Celtic after leaving ?Liverpool, and now finds himself in charge of high-flying Leicester. The Foxes are currently on course to qualify for next season’s Champions League, but their progress has been ground to a halt as football takes an enforced break because of the coronavirus pandemic.

Coutinho, meanwhile, has endured a nightmare spell in Spain after joining Barcelona in a gargantuan £105m deal, rising to £142m in potential add-ons. He’s currently trying to resurrect his ailing career at Bundesliga giants Bayern Munich, but his loan move is unlikely to be made permanent.

Instead, the Mirror claims that Rodgers would like to reunite with Coutinho at King Power Stadium after a potential return to Anfield was ruled out. The report, however, does go on to acknowledge that a deal is unlikely to be done, as Leicester simply don’t have the financial firepower to match Barcelona’s expected demands.

A loan deal for Coutinho is the only possible avenue that Leicester could turn down, and his signing would undoubtedly represent the biggest coup in the club’s history.

However, there is expected to be plenty of competition for his services. Four of the so called Premier League ‘big six’ are thought to be keen, as

Bayern extending his loan, but it’s unlikely that the Bavarian giants will do so, nor will they activate the €120m option in the two club’s current agreement. Die Roten’s unwillingness to sign Coutinho on a permanent basis owes much to his recent performances, which are thought to have underwhelmed the club’s hierarchy. Indeed, his start in Munich was relatively promising, but his inability to stamp his authority on proceedings more consistently has raised cause for concern.

One thing that does appear certain is that Barcelona want rid on a permanent basis. As far back as January, local reports in Catalunya have said that a swift permanent exit is the club’s preferred option, citing the need to raise funds for a striker. Lautaro Martinez of Inter is the name on everybody’s lips.