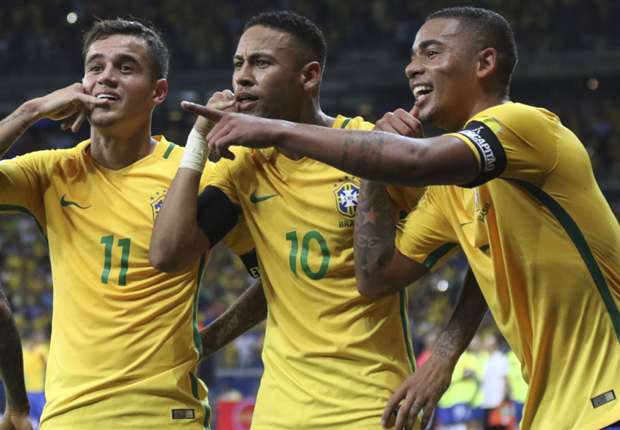 Philippe Coutinho’s transfer to Barcelona this month saw Brazil surpass Spain as the most expensive national team in world football.

The Selecao star cost the Catalan club around €160 million and saw him become the second most expensive signing in the history of football.

The most expensive, of course, was Brazil star Neymar, who left Barcelona last year to join French giants Paris Saint-Germain for a jaw-dropping €222 million.

Coutinho’s switch means the 11 starters for Brazil have fetched a market value of around €530 million, which edges them past Spain (€520 million) and Belgium (€510 million)

Indeed, football transfer website Transfermarkt values Brazil as the most valuable collection of players in the world in terms of current market value, too, at a staggering €789.5 million.

And while the average age of the squad overall right now is around 28-years-old, the average of their top five most valuable players is just 24.

The most expensive national team in the world will reconvene in March as the Brasil Global Tour returns to Europe with a trip to Moscow to face Russia before stopping in Berlin to meet Germany.