Paris Saint-Germain’s €222 million move for Neymar has left Barcelona looking a little light on the attacking front, despite still having the services of Lionel Messi and Luis Suarez to call upon.

The Catalan club have options of course including Gerard Deulofeu, but none of the current squad are at the level of the world’s most expensive player both in terms of skill and marketability and so they may look to the transfer market to bring in reinforcements.

One such target could be Liverpool’s Phillippe Coutinho, who has often dazzled Premier League defences with his trickery and playmaking prowess. Neymar may not have scored as many goals as the other two thirds of the MSN trio but his influence was often also in creating opportunities for them, something Coutinho is extremely effective at.

The attention of the Spanish club has seemingly forced the player into handing in a transfer request, despite the fact that Liverpool insist he is not for sale. 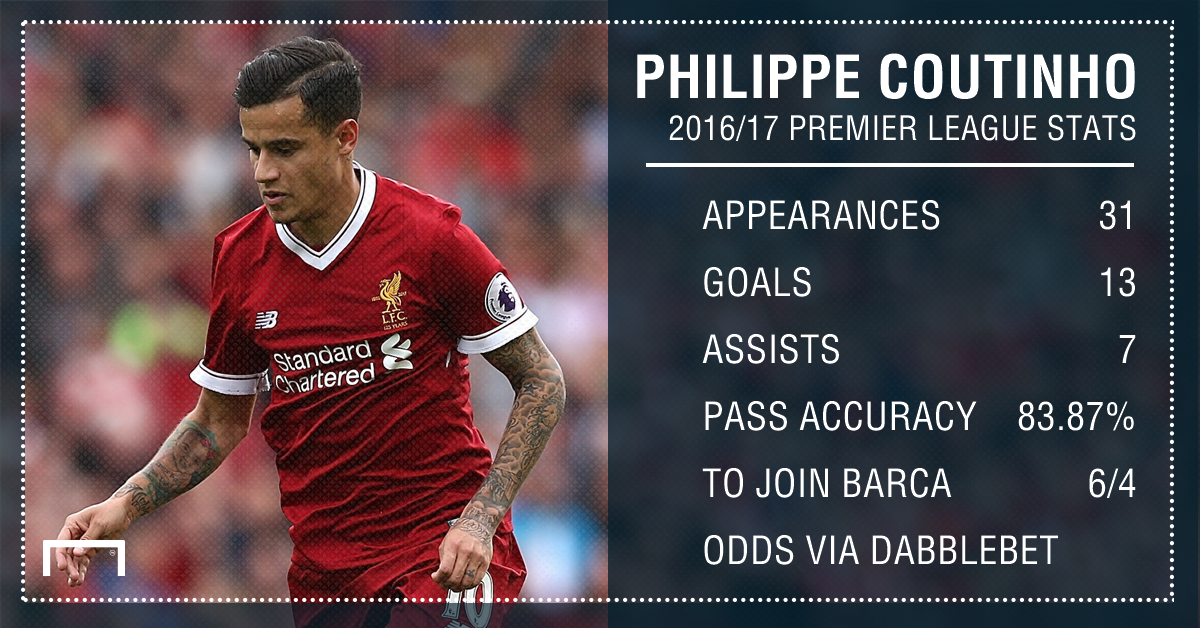 At the time of writing, the best price on Coutinho becoming a Barcelona player by the end of the current transfer window is 4/6 (1.67) showing that the bookmakers are keeping such a move onside.

However, dabblebet are offering 6/4 (2.50) on this transfer going through, a much more appealing price for those who believe the Catalan giants are set to replace one Brazilian with another this summer.

Jurgen Klopp insists that Liverpool are not a selling club, but it might well be the case that if Barcelona came calling with an offer in excess of £100 million, their hand could be somewhat forced, especially as the player wants to leave as a result of the approach. The Reds have already seen the draw of the Camp Nou when Luis Suarez left Merseyside back in 2014.

Brendan Rodgers, manager at the time, did everything he could to keep Suarez at Anfield but eventually the player got his wish and moved to Spain just six months after signing a new contract.

While the Reds may have Champions League football back on the agenda this term, there is certainly a better chance of Barca being a force at Europe’s top table and that can be a powerful draw for any potential signings.

dabblebet make the 2015 winners a 5/1 (6.0) shot to wrestle back the crown from rivals Real Madrid, while Liverpool are available at 25/1 (26.0) ahead of a tricky looking qualification tie against Hoffenheim.

At 6/4 (2.50) and with plenty of time left in the transfer window for any deals to happen, this market is exepcted to prove extremely popular, especially at such a big price compared with the rest of the industry.