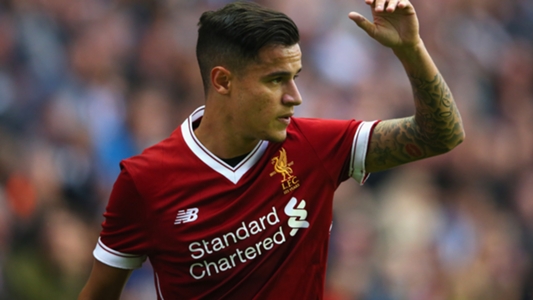 Former Liverpool forward Craig Bellamy conceded it is “nigh-on impossible” for Philippe Coutinho to stay an Anfield as Barcelona push to sign the Brazilian star.

La Liga giants Barca reportedly had a second bid – in the region of £90million – for Coutinho rejected by Liverpool, who remain defiant in their stance of keeping the 25-year-old attacker.

Barca are seeking a replacement for Neymar after his world-record €222million move to Paris Saint-Germain and countryman Coutinho is tipped to fill the void.

Ahead of Liverpool’s Premier League opener at Watford on Saturday, Bellamy said it is too difficult to turn down Barca.

“Liverpool are going to stay firm,” Bellamy told Sky Sports. “But it’s still early in the transfer window, and how long can they stay firm for?

“No supporter wants to hear this, everyone thinks their team is the biggest, and rightly so, but this is Barcelona. If they come calling, it’s very difficult for players to turn down.

Former Manchester United defender and Everton captain Phil Neville added: “It’s happening, it’s going to happen isn’t it? But it’s just about how much they can get.

“I think he’ll want it now. It’s Barcelona; when they come, you go. I think he’s good enough for Barcelona, he has the characteristics, skill and technique to fit in there.

“But did they miss him that much when he was out injured? I know he scored 14 goals but if they got £100m, reinvested and bought someone, say Diego Costa, I think that would give them a better chance of winning the league than having Coutinho in the side.”