?Barcelona have unveiled a new alternative kit which will be worn during various games of the current campaign, as a way of honouring the club’s rich Catalan history.

Based in Catalonia, Barcelona have rarely shied away from discussing their links to the local area, recently speaking out to ?offer support to the region amid a period of significant political unrest.

To take their support one step further, ?Barcelona confirmed on their ?official website that they have released a new kit with the four stripes of the Catalan flag – the senyera – emblazoned across the front.

“It is an honour to wear the flag, the four stripes, on the shirt,” said ?Sergi Roberto, an academy graduate who was born and raised in the region.

A retro style V-neck is another example of their tribute to the club’s history, while tmessage Ho portem dins (‘It’s deep within us’) is written on one of the sleeves. 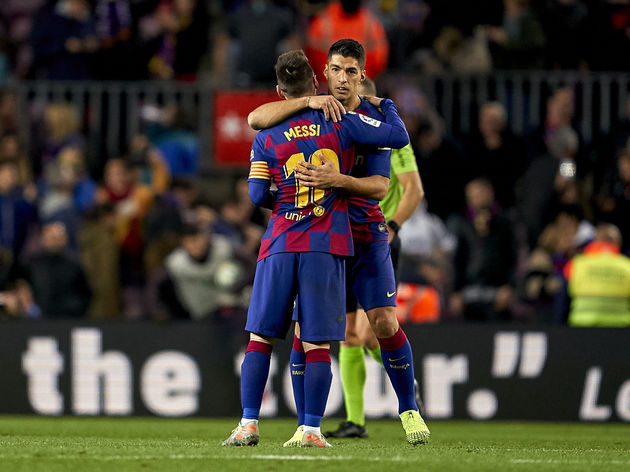 This is the first time in club history that Barcelona have had four kits in one season, although this new alternative strip will not replace any of the existing kits. Instead, this will be worn by both the male and female sides during various league games this season.