?Barcelona have confirmed that defender Samuel Umtiti is set for at least five weeks on the sidelines as a result of the foot injury which kept him out of international duty with France.

Umtiti missed Les Bleus’ meetings with both Albania and Andorra as he returned to Barcelona for a ?haematoma in his right foot, but no official recovery time was given to begin with. 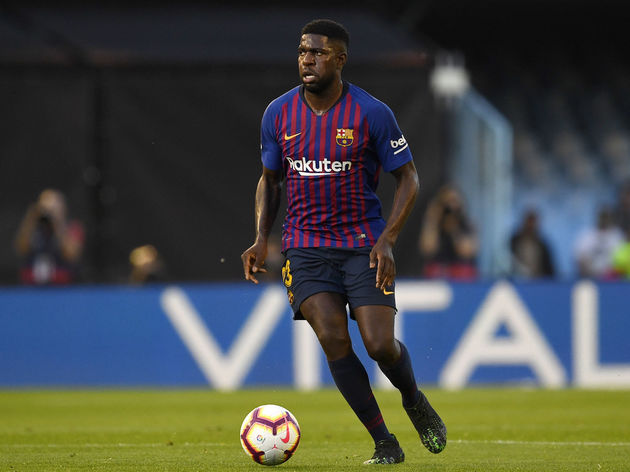 However, ?Barcelona have confirmed on their ?official website that, during their treatment of the injury, they have discovered that Umtiti has suffered a small bone fracture in his foot, and he will now miss between five and six weeks of action.

Not only will he miss Saturday’s meeting with Valencia, but he is expected to miss important games against Villarreal and Sevilla, whilst he also remains a doubt for the visit of fierce rivals ?Real Madrid on 27th October.

Umtiti will also have to watch on as Barcelona begin their ?Champions League campaign against ?Borussia Dortmund on Tuesday, whilst ?Inter’s visit to Camp Nou on 2nd October will also come too soon for the Frenchman.

For Umtiti, it is a continuation of the struggles which have plagued his Barcelona career. The 25-year-old lost his place in the starting lineup as he battled with a knee injury last season, and there is no chance of him getting that back any time soon.

In his place, fellow Frenchman Clement Lenglet will likely continue to line up alongside ?Gerard Pique, whilst 19-year-old Jean-Clair Todibo could also be handed opportunities to impress in Ernesto Valverde’s side. La Blaugrana currently sit eighth in ?La Liga, having picked up four points from their opening three games. They have been without a number of attacking stars – ?Lionel Messi, ?Luis Suarez and ?Ousmane Dembele have all been injured – but they now have a defensive injury problem to solve.